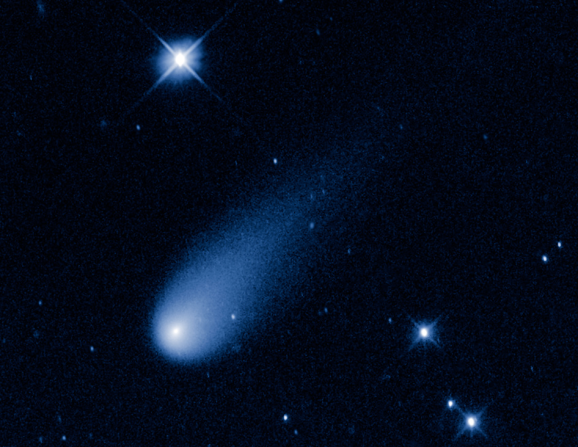 NASA scientists released footage of comet ISON speeding towards the sun at 48,000 miles per hour, just in time for the Fourth of July.

The five-second time-lapse sequence was taken over a 43-minute period on May 8, and shows the comet when it was 403 million miles away, between the orbits of Mars and Jupiter. Over the course of the five seconds, the comet travels 34,000 miles, which NASA says is seven percent of the distance between our Earth and the moon.

Of course, the comet is not actually burning, as real fireworks would.

NASA says that ISON’s tail will get brighter and larger as the comet gets closer to the sun and continues to warm up, and should be naked-eye visible by November.