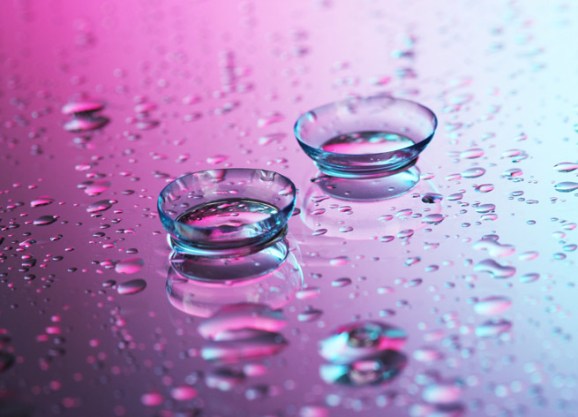 While the wearable technology conversation has been recently dominated by Google Glass and Apple’s “iWatch,” other devices are being developed that could blow those out of the water for real-world use.

Case in point: A new contact lens that would allow wearers to zoom in on anything in their field of view, as documented by the journal Optics Express. Ideally, it could be used to help people with impaired vision or to help intelligence officers collect data.

The contact lens is being developed by Eric Tremblay and folks at the Swiss Federal Institute of Technology in Lausanne, Switzerland, and at the University of California, San Diego. Funding for the project comes from U.S. defense research organization DARPA.

The lens is just over a millimeter thick and has an unmagnified area in the middle. That middle area is surrounded by a ring of optics that magnify the main view 2.8 times. Shutters made of liquid crystal are used to block either the regular view or the magnified view so you only see one or the other.

VentureBeat will be exploring the future of wearable technology at our MobileBeat conference, July 9-10. Buy your tickets now!

Thus far, the lens has been tested on a model of the human eye and has been built into a pair of Samsung 3D TV glasses to give it the electricity to switch between magnified and regular vision.

While the idea is smart, the team developing the lens hasn’t made the progress it would like to at this point.

“Although the magnified images were clearly visible in our tests, acuity fell short of the design specification,” the team writes. “While image quality fell short of design goals, we have identified an all-refractive achromatization approach that offers improved performance and is the basis of ongoing research.”

The device does pose some of the same privacy concerns that Google Glass does, but perhaps it’s a bit less egregious because it isn’t connected to the Internet. But how long before contact lenses are as connected as Glass?