Electronic Arts is looking to change some core functionality in SimCity to attract players back to the game. The title drew widespread criticism from gamers due to its always-online connection, which caused numerous and constant connection issues for weeks following its March debut.

When the connection problems faded, gamers then found an urban-management game with cramped cities and a reliance on multiplayer that didn’t work unless everyone was contributing.

Now, if an EA survey making the rounds is legitimate (as first spotted by Penny Arcade Report), the publisher is considering an expansion that will offer larger cities, offline play, and many more features. Select SimCity players reportedly began receiving these surveys that ask them how they feel about purchasing certain add-ons. 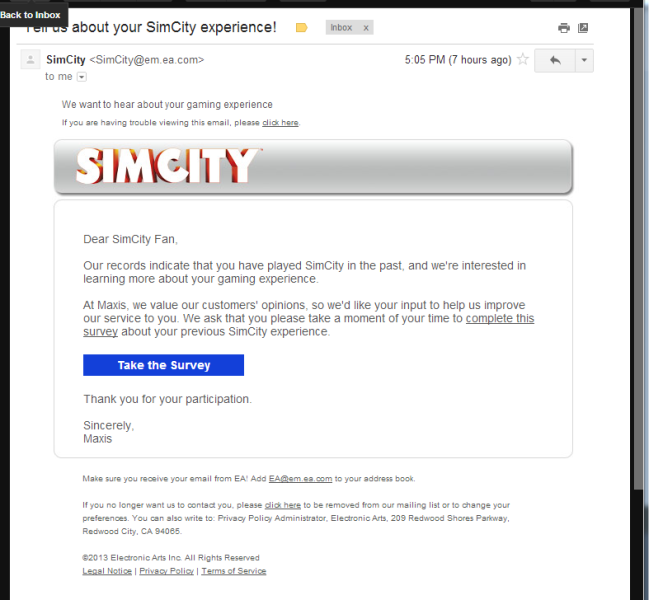 We’ve reached out to EA to ask about the legitimacy of this survey. We’ll update with its response.

The survey presents a number of features and asks players to rate how much it would interest them in playing SimCity again. These items include controllable bus lines, one-way roads, and subways.

Most interestingly, the survey asks players to gauge interest in a classic mode that works offline or online and offers players a full city with everything unlocked. It also describes a “bigger cities” feature with land area twice the size of that offered in the original release.

It’s likely that EA would release these updates in a for-pay expansion. It has already released multiple sets that add content to the game. That includes the $10 German, French, and British city sets, the $10 Amusement Park set, and the $9 Airships set.