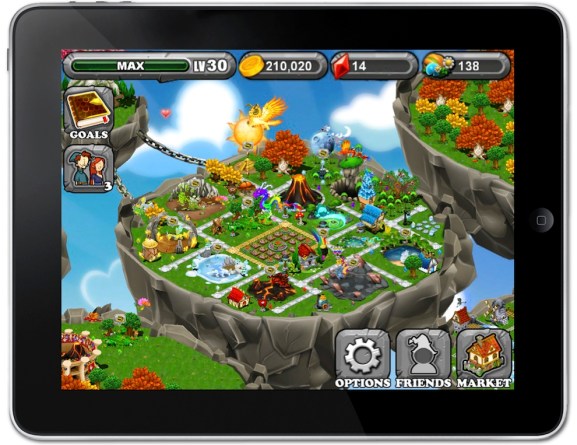 The keeper of G.I. Joe, Transformers, and Dungeons & Dragons made a move to improve its position in the mobile-gaming sector.

Toy and entertainment company Hasbro revealed today that it purchased a majority stake in mobile game developer Backflip Studios. The developer is responsible for games like Army of Darkness Defense, Dragonvale, and Paper Toss Friends. Hasbro dropped $112 million to capture a 70 percent share of the company.

Hasbro’s new studio has a proven roster of games. Players already downloaded Backflip’s mobile titles over 300 million times, according to the developer. The studio will remain in its current offices in Colorado, and Backflip’s management team will remain intact.

“In addition to producing original new titles and updating popular favorites, we will now have access to Hasbro’s catalog of well-known brands for future mobile development,” Backflip chief executive Julian Farrior wrote in a company blog. “We will proceed with our long held strategy of building a large and active network of satisfied users through compelling gameplay.”

Before this purchase, it’s not like Hasbro didn’t have a presence in games or on mobile. It was only in May that developer DeNA announced mobile games based on G.I. Joe and Dungeons & Dragons. In December, Mobage released Transformers: Legends, a collectible-card game for Android and iOS. We’ve reached out to Hasbro and DeNA to ask if the Backflip deal will have any impact on the release of those games. We will update when those companies get back with their response. We’ve also contacted Backflip for more information on what kinds of games it will be pursuing now that it has access to Hasbro brands.