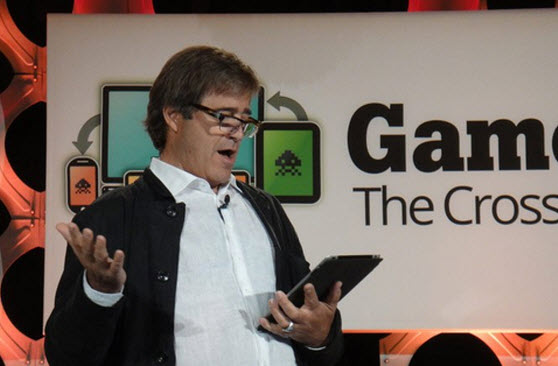 MobileBeat 2013 is just getting under way, but we’re busy planning for GamesBeat 2013, taking place October 29-30 at the Sofitel Hotel in Redwood City, Calif. This year, the GamesBeat conference will be a standalone event all about the full spectrum of gaming.

Here’s our first set of speakers: 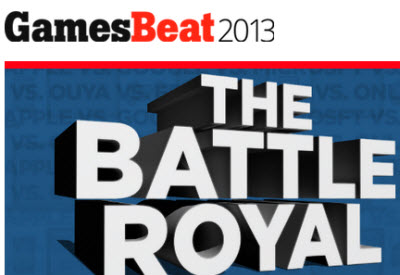 And I’ll serve as master of ceremonies once again. Our theme for the conference is the “Battle Royal,” where all game companies compete across platforms, territories, digital and physical markets, and categories of games.

We’ve entered an era where many and varied companies are competing for gamers’ time in the same space. Apple and Google want to get in the living room and are waging war against Nintendo and Sony. Microsoft already has an edge in living room entertainment with its Xbox Live service, but it wants a piece of mobile as well. It’s a confusing time for game makers. Where should they take their games? What platforms will provide the best gaming experiences? Who will make them the most money?

We’ll roll out a steady drumbeat of speakers as we get closer to GamesBeat 2013’s October date. We expect to have more than 80 of the gaming industry’s best and brightest minds lined up from our fifth annual GamesBeat 2012 conference. We’re grateful that so many leaders of the game industry have stepped forward to talk at our event.

Each year, GamesBeat follows a big trend. In 2009, we focused on how “All The World’s a Game,” with the explosion of games on the global stage. In 2010, GamesBeat@GDC focused on “Disruption 2.0.” In 2010, our theme was “Mobile Games Level Up,” focusing on the busy intersection of games and mobile technology. In 2012, we focused on the Crossover Era, defined by the time when so many big game companies and startups were transforming themselves by expanding from one market to the next.

As companies adapt to change, we’re witnessing disruption, change, consolidation, innovation, and the arrival of big money. We’re talking billions of dollars that are at stake. We’re expecting 500 notables from throughout the game industry — social, mobile, online, and console. Please join us.

This year, we’ll see the return of our Who’s Got Game contest for the best gaming startup. Last year’s winner was Akamon Entertainment, which went on to raise $3.65 million for “internationalizing” social games. The attention that these startups get for speaking on stage and winning the event is invaluable. An all-star panel of judges will pick the most promising game startup, based on freshness, innovation, and potential for business success. The top nominees will appear on stage and the judges will pick the winner at the event.

Here are some of the topics we’ll be discussing at GamesBeat 2013:

New Game Platform Launches
Examining the future of PlayStation 4, Xbox One, and Wi U and whether their revenue models will thrive in the future.

Console Disruptions
How the rise of alternative consoles (such as the Ouya or GameStick microconsoles), free-to-play, mobile, social, and online games will affect the market.

Monetization Strategies
What game companies need to know to stay independent and in control of their destinies.

Funding
Looking at investment opportunities and issues in the games business.

International Expansions
Why we need to pay attention to Brazil, Russia, China, Korea, and Japan.