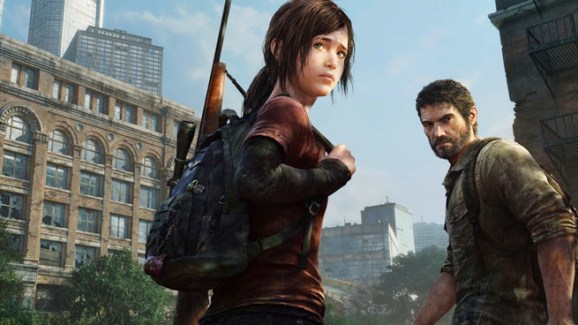 The Last of Us featured a deep, evolving relationship between Ellie and Joel.

Sony is closing out its PlayStation 3 console generation with a big hit: The Last of Us has shipped more than 3.4 million copies.

The Japanese company announced today that the title is the fastest-selling in the history of the PS3, which has been on sale since 2006. As of July 3, Sony had shipped more than 3.4 million copies via both Blu-ray discs and downloadable versions. (Sony counts sales as copies shipped to retailers while other companies often count copies that are sold through to end consumers). The title is also the fastest-selling PS3 game of 2013.

After years of development at Sony’s Naughty Dog studio, the game went on sale just three weeks ago on June 14, and it has received near-universal critical acclaim. I called it the “this generation’s masterpiece” in my own assessment. The story follows the realistic characters Joel and Ellie as they survive daily nightmares in a postpandemic world in the near future. They have to deal with human enemies as well as pursuers who are infected with a virus that turns people into subhuman zombies. The narrative explores themes of survival, loyalty, love, and redemption.

“These sales figures are a testament to the blockbuster quality of The Last of Us,” said Shuhei Yoshida, the president of Sony Computer Entertainment Worldwide Studios. “The teams at Naughty Dog are true visionaries, and their storytelling capabilities are second to none. This title is an undisputed demonstration of that. SCE continues to be committed to delivering unique gameplay experiences that redefine the interactive entertainment industry, and The Last of Us is a perfect example.”