In the new wave of education technology, online education providers like Coursera are generating a great deal of hype. It’s not all that surprising, given that the Massive Open Online Courses (MOOCs) offer affordable high-quality education to anyone with an Internet connection.

In recent years, we’ve seen a spate of MOOC ventures from top universities, including MIT, Harvard, Princeton, and Berkeley. Silicon Valley-based Coursera has seen rapid adoption of its free and cheap video courses from lecturers at elite universities like Stanford, Northwestern, and Yale.

Why Coursera raised over $65 million in a year 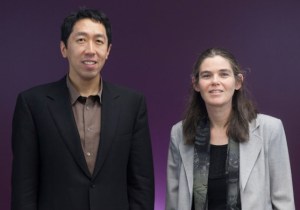 The company was born at Stanford in April 2012 and is the brainchild of two computer science professors, Andrew Ng and Daphne Koller. Ng was among the first to experiment with making introductory computer science courses available to the public.

To build out Coursera’s technology and forge partnerships, the company raised $22 million in its first year. To date, it has pulled in over $65 million in funding.

The founders stress that Coursera is not designed to be a college alternative. However, it is an option for students who want to learn anything from Ancient Greek to Algebra but can’t afford to pay sky-high tuition costs.

Ng and Koller do say that online courses can supplement traditional college education. Coursera’s higher ed partners agree; many are exploring new ways for students to learn in part through the online delivery of content.

Colleges and universities are realizing that it’s not the best use of resources to have multiple instructors teaching the same introductory calculus class when Coursera has an accredited online version. This would free up time for professors to teach specialized courses, or engage with students one-on-one. More on that here.

Adding legitimacy to the space, the American Council on Education (ACE) has approved a handful of Coursera courses for credit. On this front, Coursera is speeding ahead of its competitors, which include Udacity and EdX.

“The movement is still relatively young, but I’m pleased we’re seeing so many of the best universities committing to teach online classes” Ng told VentureBeat in a recent interview. “This proves we’re no passing fad.”

According to a recent statement, Coursera currently works with 83 educational institutions across four continents and offers around 400 free courses to more than four million students from every country in the world.

I spoke with Koller shortly after the company closed its round. She said they will use the capital for the usual purposes: growing the team (the company plans to double its staff to 100 employees) and developing the product. But Koller revealed some of her more ambitious goals.

Koller will focus on marketing Coursera in the developing world and will target specific universities. She is particularly passionate about bringing online education to young women.

“If you want to improve a society, the most significant thing you can do is educate its girls [and] we are committed to that,” she said.

The team will also continue to partner with more traditional publishers, which are experimenting with offering digital textbooks on Coursera, as well as colleges and universities.

The Series B round of funding comes from GSV Capital, International Finance Corporation (IFC), the investment arm of the World Bank, Laureate Education Inc., and Learn Capital. Koller said the round was oversubscribed, but she chose these investors based on their reputation in education technology circles and/or connections in emerging markets.