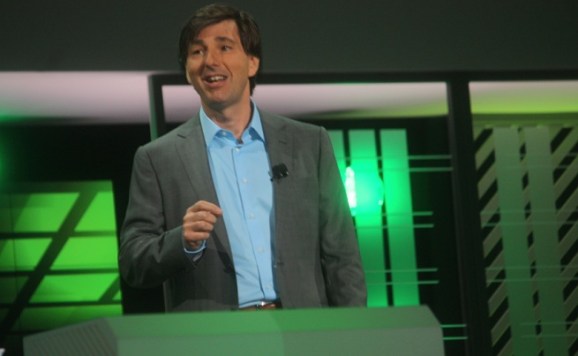 Josh Williams is chief science officer and president of Kontagent.

By now you’ve already heard the news about Zynga. In the latest turn of events for the embattled casual gaming company, Mark Pincus has stepped down as its CEO. In his place, Don Mattrick, the former president of Microsoft’s Xbox division, will be taking his place.

There’s no question that Zynga has been going through a rough patch. As the Facebook game ecosystem stagnated and growth in mobile erupted, Zynga failed to switch gears fast enough. Meanwhile, savvy companies who also got their start in casual and social games, like King and Kabam, have managed to handle the evolution of the market much more effectively than Zynga. During this critical period of change, the firm failed to adapt two critical areas: their platform strategy and their game content.

Even Zynga admits it was late to the mobile party — and others have taken advantage of that. While King and Kabam invested early in the space and were rewarded hugely as a result, Zynga lagged behind, sticking primarily to Facebook even as all signs pointed to a mobile gaming explosion. This was a major mistake on Zynga’s part.

Additionally, Zynga’s games are notoriously shallow. Titles like Farmville, while initially fun, can eventually feel like a glorified Skinner Box. Tap the screen and get a reward. This makes them easy to pick up and use, but the lack of depth means players are rarely challenged and the rewards start to feel hollow over time.

While these simplistic mechanics worked early on in the Facebook game ecosystem, the market seems to be getting tired of the classic Zynga “Ville-style” games. By comparison, modern free-to-play mobile and web games from top developers and publishers like King, Kabam, and Supercell incorporate deep, rich gameplay with real challenge and a real sense of accomplishment and reward.

This has become Zynga’s major problem. Their games just don’t engage players nearly as well as today’s market leaders, which leads to early drop-off and less in-app spending. Based on publicly disclosed figures, Zynga’s average revenue per daily active user (ARPDAU) is around 3 cents to 5 cents across its portfolio. Meanwhile, companies like Kabam are estimated to monetize at over 50 cents ARPDAU, roughly an order of magnitude greater monetization per user. And more casual games, like Supercell’s Hay Day, are also estimated to far outperform Zynga’s offerings. But that doesn’t mean the answer is to make every game overly complex. King’s Candy Crush Saga is a perfect example of taking a simple concept (match-3 games) and tweaking it enough to get players hooked and spending.

This is precisely where Mattrick may be able to help turn Zygna around. He has a long history of championing the right games for the right platform, which is exactly what the struggling firm needs. He created and sold his own game company (Distinctive Software, which EA bought in 1991), and he has since been responsible for establishing numerous hit franchises, like Need for Speed, FIFA Soccer, and The Sims. Mattrick has also called the right shots on platform strategy: championing digital platforms early on at EA, growing Xbox Live from 6 million players to 50 million players, and leading the eightfold expansion of Xbox’s base to 80 million players.

Zynga’s biggest problem right now is its lack of profitable mobile franchises. And Mattrick’s 25 years of game development experience and track record of building successful games, partnerships and platforms may be just what it needs. With Mattrick at the helm, Zynga could be primed for explosive growth. After all, Zygna definitely has the resources to mount a comeback. The company still have the largest free-to-play user base in the world, one of the biggest balance sheets in the industry, a high-scale technical infrastructure, and analytics expertise. But perhaps most importantly, Zynga also has hundreds of talented employees who, with the proper motivation and creative leadership, are capable of creating great games.

All Zynga needs is the right person to steer it back on track, and Mattrick may be just the man to do it.

Josh Williams is chief science officer and president of Kontagent. A serial entrepreneur, Williams has extensive experience building and leading technology companies. Prior to Kontagent, he was the chief technical officer at a “big data” firm specializing in automated real-time financial securities analysis until it was acquired in 2003. He later became the CEO and chief technology officer at Garage Games, where he guided its growth until its acquisition by IAC in 2007.