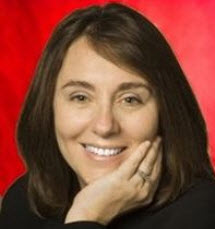 Trion has launched Rift and Defiance, two MMOs with dynamic content. The company spent years developing those titles as subscription-based titles, but the sands have shifted toward free-to-play games, where users play for free and pay real money for virtual goods.

“I love their approach to the market,” Kaminsky said. “They are very much at the cutting edge as an online team. They have put a real emphasis on free-to-play. I believe the future is in online free-to-play games, and so I am excited to be involved with them.”

Kaminsky served as executive vice president of publishing at Activision Blizzard from 2005 to 2008. She has been the chief executive officer and cofounder of 1st Street Partners, a strategic management services company, and she has advised companies in tech, entertainment, and consumer goods. She is also executive-in-residence at Rustic Canyon Partners, a venture capital firm. Nate Redmond, a partner at the firm and an investor in Trion, asked Kaminsky if she was interested in joining the board.

She is also an independent director on the board of Wild Planet Entertainment, a toy company, and she is an adviser to several companies including MachineZone and ICS. Before Sony acquired Gaikai, she was also an adviser to that cloud gaming company.

“Robin has a wealth of marketing and business experience across technology and games,” said Keith Winter, the chief operating officer of Trion Worlds. “Her knowledge and instincts are a great match for our needs as we enter the next major phase of the company’s business.”

Trion has a full pipeline of games, Kaminsky said. Upcoming titles include End of Nations and ArcheAge. It will be interesting to see how well Trion does with Defiance, which is a high-profile game launched in conjunction with Syfy’s companion television show. The TV show has proven popular, but critics panned the game, which had trouble getting off the ground without glitches. Kaminsky said the company is learning to do better with the execution of the game in the market and that microtransactions are doing well in the game. Rift shifted to free-to-play in June.

“It’s a learning process,” she said.