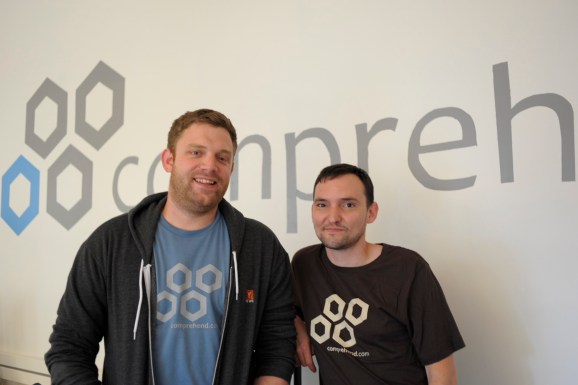 You think you’re having a tough time getting your startup off the ground? Try being a premarket medical device maker.

Medical device entrepreneurs need to gather hoards of clinical data from various trials, which is scattered across disparate systems. Armed with this data, they can begin the complicated and expensive process to gain approval from the Food and Drug Administration (FDA).

Comprehend Systems wants to simplify this process, and today filed for a $8.4 million first round of funding led by prestigious venture firm, Sequoia Capital.

Silicon Valley-based Comprehend has developed the requisite tools for customers in the life sciences sector to collect data, and most importantly, mine it for relevant insights. With these insights, they are in a stronger position to receive FDA approval and bring new devices and drugs to market, which will benefit patients.

For now, the team is almost exclusively working with medical device makers and pharmaceutical companies. But cofounder Rick Morrison told me by phone that they been approached by regulatory bodies like the FDA, as well as the National Health Services in the UK.

Comphehend stood out to investors as the the barrier to entry is high. Morrison said it cost almost $100,000 to build technology that is compliant, according to the the FDA’s guidelines on electronic records and signatures.

“Life sciences is particularly fertile ground for these kinds of services,” said Sequoia’s Warren Hogarth in a blog post. “It’s a large, information-intensive industry with very specific requirements and regulations.” Hogarth first met the founders in 2010 when they were developing the tech at startup incubator, Y Combinator.

The team say they have the right experience to tackle such a complex technology problem.

Prior to starting Comprehend, Morrison spent nearly a decade developing clinical analytics tools, including tools used by the FDA and top pharmaceutical companies. Cofounder and CTO Jud Gardner is a machine learning expert, meaning that he’s adept at building systems that can learn from data.

At this stage, it’s not necessary for Comprehend to be HIPPA compliant (the team primarily works with clinical data, which patients provide with informed consent) but Morrison said they will check this box in the near future. He also revealed that they are working on integrations with various electronic medical record providers, and unlock a treasure trove of patient data.