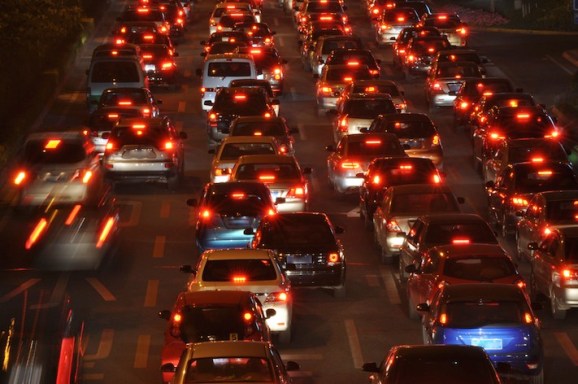 The “explosion” of mobile payments is more like a distant rumbling.

Research firm eMarketer has cut its estimated growth for proximity mobile payments in half. The firm forecasted in October that mobile payments would reach $2.12 billion in 2013. Today it released new figures which predict that volume for this year will hit $1 billion.

Mobile payment transactions more than tripled from 2011 to 2012, but eMarketer scaled back its initial growth estimates after seeing delays and adoption issues with mobile wallet initiatives and a “congested landscape” of competing technologies. Now the firm is saying that mobile payment transactions won’t top $20 billion until 2016, a year later than the previous prediction. However, the growth after that is steep and could hit $58 billion by 2017.

Smartphones may be transforming the way we pay for things online and offline, but mobile payments still have a long way to go before they are ubiquitous.

Mobile payments is an extremely hot space right now. The opportunity to be the way people pay for things is huge, and thus big tech companies, startups, and large financial organizations alike are furiously developing technology to gain a hold of our wallets. PayPal, Square, MasterCard, Braintree, Google (and a string of others) are all jockeying to be the No. 1 mobile point-of-sale system and/or digital wallet, and a couple weeks ago a mobile payments startup called Clinkle raised $25 million in what was said to be the largest seed round in Silicon Valley’s history.

Despite these efforts, consumers are still relying on other forms of payment. ComScore released a study which found that only 12 percent of consumers use a digital wallet, and far fewer (if any) use it exclusively.

Yesterday at MobileBeat, industry experts discussed some of the obstacles to widespread adoption and what it will take to phase out credit cards and cash from our daily life. One of the biggest challenges is the ol’ chicken-and-egg problem — without merchants, you have no consumers; without consumers, you have no merchants. Enough businesses don’t have mobile payment options to make walking around wallet-free a challenge. Another major obstacle is convenience. PayPal’s chief technology officer James Barrese said that mobile payments still involve too much friction. It is still easier to whip out a credit card in a store than enter all that information into your phone. The experience has to be one-touch, and add more convenience and value to the consumer. Security is another concern.

Until a company can create a seamless user experience, bring a majority of businesses on the platform, and ensure security, consumers will continue doing what they have been doing. But in the battle to become that company, the landscape has become crowded which is confusing or both businesses and consumers.

“While transactions and users have increased, a fragmented mobile wallet landscape could stifle the path to more rapid adoption,” eMarketer’s report said. “In contrast, if hardware and infrastructure impediments are resolved in a shorter timeframe, and adoption clusters around specific mobile wallets or payment mechanisms, allowing large-sale mobile wallets to make inroads with consumers and merchants, the proximity payments opportunity could accelerate at a faster rate.”

The melee of mobile payments products basically means that no-one can break out of the pack. Consolidation needs to happen, but I can’t see PayPal, Square, or Braintree making concessions any time soon.

It is still early days for mobile payments and it will be interesting to see how the cards fall. The day when we can pay for everything with our phones is not quite here yet, but patience readers, its coming.