As we anxiously await the general availability of Firefox OS devices, Mozilla has rolled out a new Firefox OS simulator tailored to would-be money makers.

Firefox OS Simulator 4.0 offers a new feature for receipts. For each app’s dashboard, you’ll now find a drop-down menu for selecting receipt types. The simulator add-on generates a test receipt, then it downloads and reinstalls the app for you.

“This way you can test receipt verification with the various types of receipts that you may require — valid, invalid, and refunded,” writes Mozillan Angelina Fabbro today on the foundation’s blog.

Here’s a look at the dashboard and receipt feature: 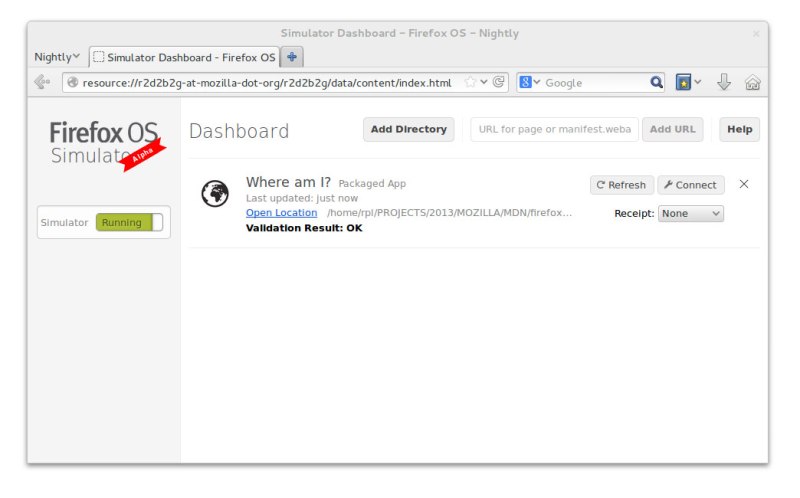 Of course, the nascent mobile OS is a long way from generating App Store-like revenue for developers. But it’s good that Mozilla is thinking about monetization and distribution from Day 0.

Right now, Firefox OS devices are going through a slow and limited rollout, first to developers and now to users in Spain. Mozilla is supposed to be targeting emerging markets with the phones, so who knows whether the OS will ever be a big hit in the States?

When using the keyboard shortcut Ctrl-R (Cmd-R on Mac) to refresh an app, if you also hold down the Shift key, then the Simulator will clear persistent data such as AppCache, localStorage, sessionStorage, and IndexedDB while refreshing the app.

If you’re of a Firefox-OS-developer bent, you can get the simulator now.