Microsoft’s biggest corporate restructuring ever, announced this morning by CEO Steve Ballmer, has put the company’s fate in the hands of a few executives. (If this were Game of Thrones, they’d be the people on the Small Council table deciding the affairs of the kingdom.)

And for some execs, the reorganization has been particularly kind. Julie Larson-Green, who became the head of Windows after Steven Sinofsky’s abrupt departure last fall, is now in charge of all of Microsoft’s devices. And Terry Myerson, who spearheaded Windows Phone, is now leading operating system development across all of Microsoft’s platforms.

Both Larson-Green and Myerson are used to leading important Microsoft products, but their new roles will give them power and influence within the company on an entirely new scale.

Coming off the failure of Windows Vista, a slow and poorly received operating system, Windows 7 seemed like a miracle. It was fast, it offered some compelling new features, and overall, it was the best Windows experience at the time (it’s still my main desktop operating system). You have Julie Larson-Green to thank for all of that.

She helped to streamline all of the teams working on Windows 7 towards a single, cohesive vision. Where Vista felt like a hodgepodge of features that never quite connected, you could almost feel the collaboration at play with Windows 7 just by using it. The increased communication between teams also helped Windows 7 to ship on time (Vista was notoriously late), and it also made it easier to quickly roll out updates to the OS. 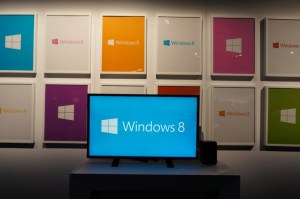 Larson-Green was also responsible for leading the Ribbon interface in Office 2007, which was the biggest change to Office’s interface since Microsoft began shipping it in 1990. While the Ribbon has its detractors, I’ve always admired Microsoft for actually following through with it. Office was its cash cow — by changing it so dramatically, Microsoft showed it wasn’t afraid of innovating when necessary.

It’s not a huge surprise, then, that Larson-Green also led the development and design of Windows 8. Just like the Office Ribbon, Windows 8’s touchscreen interface was a jarring change for hundreds of millions of users, but it was also a necessary one for Microsoft to enter the tablet arena. Windows 8 had a rocky launch, but the upcoming Windows 8.1 update looks like it will fix plenty of the issues users had with it (notably, that update comes after Larson-Green took over Windows development from Steven Sinofsky).

During Windows 8’s launch, we spoke with Larson-Green about developing the new OS:

After spending more than 20 years at Microsoft, Larson-Green will now face her greatest challenge yet. As the head of Microsoft’s Devices and Studios group, she’ll be in charge of all of the company’s hardware, as well as everything coming out of Microsoft Studios (which includes games, media, and “premium content experiences).

Microsoft’s Xbox group may not need much handholding at this point, but Larson-Green will also have to help make Microsoft’s floundering Windows Phone and Surface devices a success. As the woman who saved Windows, I have a feeling she’ll find some way to pull that off.

There’s a reason we chose Terry Myerson as our Top Mobile Mover last year. Just like Larson-Green, he faced an impossible task: Helping Microsoft to catch up to the iPhone with as quickly as possible.

Myerson spearheaded engineering for Microsoft’s mobile group in 2008 — and in 2011, he became the head of strategy and development for Windows Phone. He was also one of the leaders of Microsoft’s huge mobile “reset,” where the company scrapped work on all of its earlier mobile efforts to focus on something completely new in Windows Phone 7. (It’s just too bad he couldn’t kill the Microsoft Kin before it embarrased the company).

While Windows Phone’s sales haven’t taken off yet, its software has been widely praised for its focus on design and personalization. Indeed, Windows Phone’s influence can be felt in the latest versions of Android and iOS. Now Myerson will be bringing his engineering chops to all of Microsoft’s operating systems, including Xbox consoles, mobile, desktops and back-end systems. That should mean less in-fighting and more collaboration between Microsoft’s many platforms.

Microsoft has been criticized for being a lumbering, traditional software giant — something this reorganization seems to directly address. It’s unclear if Microsoft will actually thrive under the new management structure, but I can’t see it hurting the comapny. In general, more collaboration and focus is always a good thing.

When it comes to Microsoft’s future products, all eyes will be on Julie Larson-Green and Terry Myerson to see if the new strategy works out. Both will face an insane amount of pressure, but they have the chance do something that we previously never thought possible: Make Microsoft a company to admire.