As the current generation comes to a somewhat overdue close, you’re going to start seeing no small number of Top 100 lists and videos. But crowning a game with some arbitrary number in a list full of arbitrary numbers isn’t as interesting as playing, “What if?” What if we could replay some of the greatest gaming experiences of our lives again, but for the first time? Which would they be, and why?

The GamesBeat and VentureBeat staff pooled together their answers to those questions below. And don’t forget to tell us your own picks for a chance to win a free game!

While there are a multitude of great this-gen experiences I’d undergo experimental brain treatments to relive for the first time, it’s not just the game itself that colors my memory of it. When playing video games is your job, it can be easy to get burnt out, especially around the relentless holiday rush. So at the start of each year, after a brief hiatus from the torrent of overhyped, overrated triple-A blockbusters, I like to kick things off with a game that I want to play rather than one I have to.

One year, that game was Valkyria Chronicles, a cel-shaded tactical-role-playing game from Sega for the PlayStation 3 that revolves around tanks, their commanders, and a militia uprising. That description alone contains a lot of different elements that might not interest me, but I suppose that’s also partially why it won me over so completely. Valkyria Chronicles wasn’t just a good game. It was something fresh — a unique spin on a variety of genres all smoothly mashed together with a thrilling audio/visual presentation and some truly endearing characters.

This was Sega as it hasn’t been in a very, very long time. As an old-school adherent of all things 32X, Saturn, and Dreamcast, that also had a bonus nostalgic effect for me.

Unlike most games, even ones I would say I “liked” (followed by an inevitable list of everything they should have done better), I thoroughly enjoyed Valkyria Chronicles from beginning to end — save for a single mission near the finale. It filled my internal tank so that I could endure another year of disappointing, uninspired sequels and publishers too afraid to try something even half as innovative, and it taught me to be more willing to give the unknown a go once in a while. 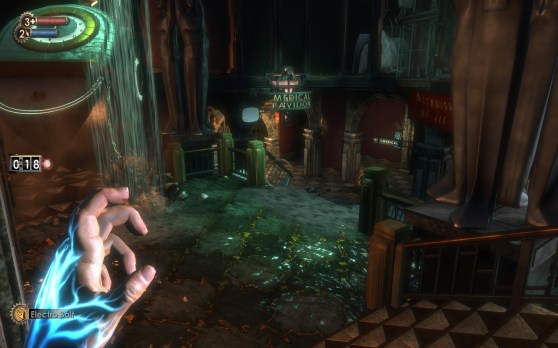 After I beat a prerelease version of the original BioShock for a review, I literally said to my friends, “I wish I could erase my memory of playing that because I’d love to experience it for the first time again.” I never figured out how to do that in a safe manner, but after the game hit retail, I played through it again anyways. Then yet again on hard mode. Then again later to show it off to a new girlfriend. I stopped after that — diminishing returns and all that — but each time I entered the underwater dystopia of BioShock’s Rapture, I continued to marvel at the care and detail that went into every aspect of the adventure. The twisty-turning story; the horrifying cast; the stunning, decaying city; and this amazing, self-contained fiction all created a fantastic — and frankly, unforgettable — world to visit (but you wouldn’t want to live there). 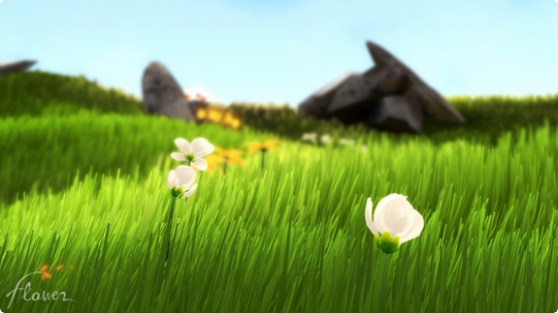 I can recall the experience of playing Flower over and over again, sometimes alone or with my kids. It had no words, but you could feel the rush of emotion during the ending. The music and lighting changed and lifted your mood. It was a wonderful, novel, and unprecedented experience for me. It was one of those rare moments when I felt a game was a work of art. 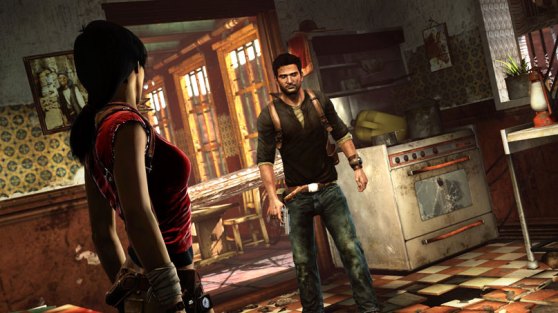 I thought the first Uncharted was a huge achievement in gaming. Technologically, the digital acting and animation was on a whole other level than what I had seen before, but Uncharted 2 added an incredible dose of “epic” to the mix. I’ll never forget the adrenaline rush I felt as I jumped out of a falling building or discovered a lost city that was beautiful beyond my imagination. Oh, and that train level! That segment featured some of the greatest design in gaming history. Among Thieves really was an adventure, and I’d give a treasure worth hundreds to feel that sense of awe and wonder for the first time again. 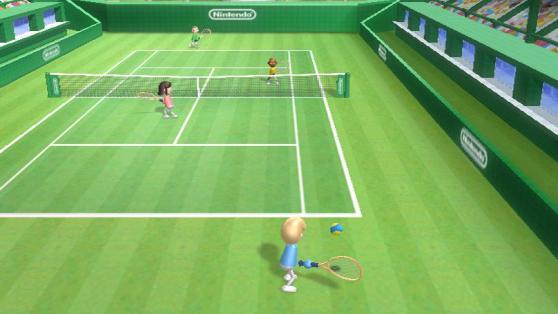 Don’t laugh. Sure, I played several games this generation that were much, much better than Wii Sports. Still, nothing this generation beats that memory of buying a Wii at midnight, setting it up with a small group of friends, and swinging that Wii Remote for the first time. It was just cool to do and to imagine how many other people across the U.S. were doing that exact same thing at that very moment. 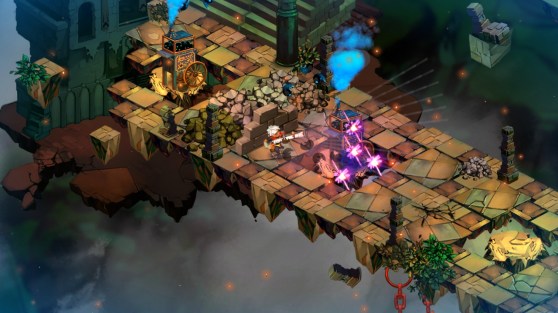 I ran into Greg Kasavin on the floor of the 2011 Game Developers Conference while he was showing his little company’s little indie game, Bastion, and hunting for a publisher. He asked if I wanted to play it and held out a pair of headphones. I accepted the first offer, declined the second.

“No, really,” said Kasavin, “you need the headphones.”

I often tell people that Portal minus the audio isn’t really Portal, and Bastion without the headphones wouldn’t have been Bastion. Logan Cunningham’s twangy narration purred in my ears, adding layers to a game that already felt deep and decisive. He reacted to me in that demo, describing the motivation behind my actions. A few months later, when I played the full game, I started reacting to him, distrusting the motivations behind his words.

I’ve replayed Bastion a few times since, and I felt the same kind of anger, hope, determination, and forgiveness, but never with the purity of that first run. It’s one of experiences I judge other games by. Did it get in my skin like Bastion did? So far, few ever have.