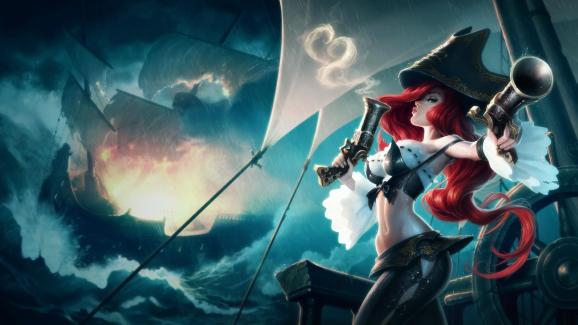 The National Hockey League finals, the National Basketball Association finals, and the League of Legends finals all have at least one thing in common: the 19,000-seat Los Angeles Staples Center.

Developer Riot Games revealed today that it will hold the League of Legends 2013 World Championships in the L.A. arena on Oct. 4. Last year’s finals sold out all 10,000 seats at the University of Southern California’s Galen Center. It’s very likely that the dedicated League of Legends fans will also scoop up all the tickets for this much larger venue.

“It has a lot of meaning,” Riot Games chief executive Brandon Beck told U.S.A. Today in an interview. “I think it is going to be really exciting for fans … to see e-sports being played on that big stage in front of a sold-out audience.”

Riot also revealed that this season’s total prize pool is $8 million, with $1 million going to the team that wins the championship finals.

The developer will hold qualifying events starting with the North American matches happening in late August during the Penny Arcade Expo’s Prime event in Seattle, Wash. European qualifiers will happen around the same time at the Gamescom industry event in Cologne, Germany.