Mind Pirate is coming out of stealth mode today with $2.5 million in funding and a plan to create games for new platforms such as augmented reality and wearable devices.

The company has ambitions to create games for the next-generation of mobile technology, but it will also make games tailored for the sensors and touchscreens of current smartphones and tablets. That dual approach will serve it well as it waits for the next-generation markets to arrive, said Mind Pirate chief executive Shawn Hardin in an interview with GamesBeat. 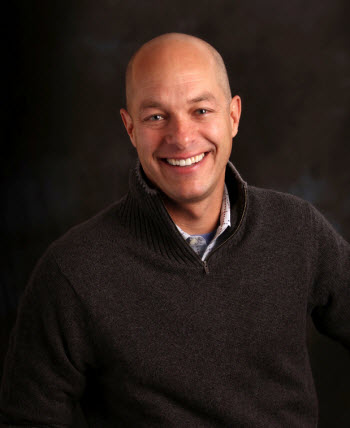 Mind Pirate is built on the idea that wearable computing such as Google Glass will be the next mega-consumer trend will spawn a new chapter in mobile entertainment and mass-market games.

“Augmented reality is a piece of the story, but it is not the whole story,” Hardin said.

Hardin said that the company’s credo is “Your World is the Game Board,” an idea conceived around Google Glass and its capability to overlay augmented reality games over the landscape that a user sees.

But while that market is out of reach for now, Hardin said that his firm believes that smartphones and tablets have underutilized features such as sensors for gesture controls. Mind Pirate will show what it means when it launches its first game this fall for iOS and Android.

“Ninety percent of developers are designing games only for the touchscreen, but these devices have a dozen sensors or more,” Hardin said.

Next year, Mind Pirate plans to license its Callisto Engine. Third-party developers will be able to use that engine to take advantage of more smartphone features in games.

“This presents a huge, untapped opportunity in today’s market,” Hardin said. “Within five years, ‘eye phones’ will replace iPhones, ushering in a new generation of games that will be more immersive and engaging than ever before.”

Mind Pirate’s in-house game development studio is working on its own titles. Twyngo, the acquired studio, previously built a game dubbed Amazing Ants that had more than 2 million installs in its first 11 days on the market and had an average review score of 4.5 stars-out-of 5. BVP’s David Cowan is the VC behind numerous successes such as LinkedIn. Rick Thompson of Signia has invested in 35 businesses, including Playdom and Funzio, which both had big exits.

“Monopoly, Pac-Man and World of Warcraft defined new gaming categories — and that’s what Mind Pirate will do for augmented reality games,” said Cowan. “Now we all have a reason to look forward to the day when ‘eye phones’ replace iPhones.”

Thompson said in a statement, “Mind Pirate is ahead of the game, using everything from augmented reality to new, wearable computing technology to create rich interactive gaming experiences that mobile players will love.”