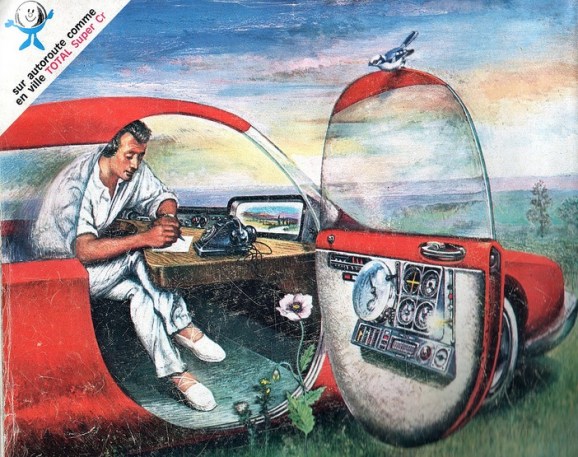 Self-driving cars have the potential to completely transform America’s highways — for the better.

Once fully-autonomous cars become safer than human drivers, insurance companies will adapt quickly, penalizing those who drive their own cars and offering incentives — in the form of lower premiums — to those who have robot drivers.

With self-driving cars, accident rates should go down, which could enable manufacturers to make cars lighter and less “armored” against collisions. That will increase fuel efficiency and improve range for electric vehicles.

Even parking could be transformed. You could step out of your vehicle at your destination and then let your car go park itself. Cars circling around looking for parking spaces consume a lot of gas and generate a huge amount of emissions, so a more efficient, computer-driven parking scheme could reduce that pollution as well.

Personally, I enjoy driving on curving, oceanside highways, but the five-hour drive to Santa Barbara — which I make several times a year to visit family — is sheer boredom. If I could read a book while my car drove me down 101 and back, I’d consider that time well spent.

However, I might have to wait awhile for fully autonomous cars. According to Ford’s new chief technology director, Vijay Sankaran, truly self-driving cars are at least 10 years away. 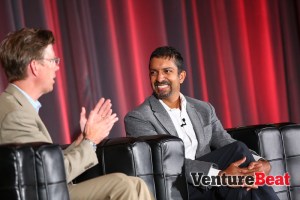 I spoke with Sankaran at MobileBeat, a VentureBeat-produced conference, where Ford was a cosponsor. While Sankaran acknowledged the work that Google is doing in driverless car research, he was a bit skeptical that complete autonomy would be computationally feasible inside of a decade, or that drivers would actually be comfortable with it.

He suggested I might be happier driving myself to Santa Barbara if I had a 1968 Shelby Mustang. (But where would I put the kids?)

But while Ford may not be leading the charge toward autonomous cars, it is working on a range of tools to let cars help you drive, instead of doing it all for you. For instance, Ford’s adaptive cruise control (.pdf) adjusts your car’s speed to the speed of cars around you, instead of just locking in a single MPH setting.

And, with the advent of new sensors and always-on Internet connectivity, cars may do a lot more in just a few years.

While you’re driving, sensors in the seat and a camera in the rearview mirror could be checking your vital signs, measuring your weight, temperature, heart rate, and so on — delivering those stats to an online medical monitoring system and alerting your doctor if anything seems out of the ordinary. (MIT researchers have already figured out how to check your pulse via video camera.)

Sankaran pointed to experiments being done in India where cars could measure a person’s vital signs, then deliver those wirelessly to a physician in another location. Such technology could turn a car into a roving, mobile clinic, enabling doctors to provide basic medical services to people in very remote villages, without having to travel there themselves.

Another intriguing example of the convergence between cars and health care: A research team at Ford has been experimenting with sensors that could make it safer for people who have seizure conditions to drive. A car fitted with these sensors could detect when the driver was beginning to have a seizure, and then switch the car into an assisted driving mode, or provide parking assistance so the driver could guide the car into a safe parking place.

For other drivers, a connected car could learn about the kinds of music you like to listen to in different parts of your commute — or when you are driving on a curving country road — and adjust your playlist automatically. At the same time, it could switch the car into economy or performance driving modes, depending on your preferences. Currently, those are settings you’d have to switch manually; future cars could change these modes based on the time of day, your mood, or what music and driving routes people on your social network are recommending.

Sankaran has only been on the job for about a week. His role is to help coordinate Ford’s efforts in application development, major tech project implementation, enterprise architecture, and advanced research.

He acknowledged that Ford doesn’t yet know how much of this technology people actually want. At what point does having a constant connection to the Internet become distracting? Do you really want to be tweeting while driving?

Ford’s response is to do research, test these products out, and see what the market — and government regulations — actually want. But Sankaran was a little short on concrete answers to these questions.

Still, it’s clear that there are lots of companies that want to integrate themselves into the always-connected cars of the near future. After his talk, Sankaran was surrounded by audience members wanting to find ways that their services or applications could work with Ford.

In other words, he’ll have plenty of partners willing to work with him in his new job.

The question now: Is Ford really ready to make its cars into the four-wheeled equivalent of smartphones?

Or will it let Google take over the automotive “app store” with its own vision of the future of driving?

Let me know what you think in the comments below.

This story originally appeared on LinkedIn Today. Follow me there for more opinion pieces on technology and business!