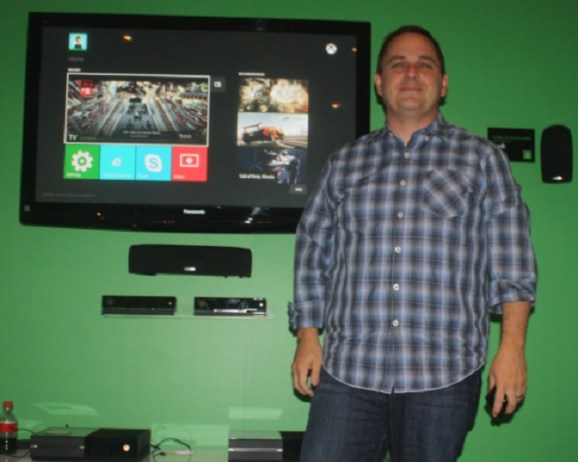 Xbox One chief product officer Marc Whitten admitted that Microsoft made mistakes in communicating its policies on digital rights to its consumers, according an IGN interview.

The mistakes started on May 21, when the company announced its next-generation console, and then those missteps multiplied as Microsoft executives gave different answers to the same questions on used game sales, once-a-day connection requirements, and privacy issues. The Xbox maker issued a clarification on some of those policies just before the Electronic Entertainment Expo trade show in June and backtracked following a player revolt after the event. Then, games chief Don Mattrick left the company, and Microsoft installed Windows head Julie Larson-Green as the new Xbox hardware boss.

“I think it’s pretty simple. We’ve got to just talk more, get people understanding what our system is,” Whitten told IGN. “The thing that’s really gratifying is that people are excited about the types of features that are possible, and it’s sort of shame on us that we haven’t done as good of a job as we can to make people feel like that’s where we’re headed.”

“The number one thing I want to do is I want to get the product out, because people are going to use it and obviously a lot of this is more evident, but certainly what I want to do right is now is talk more about how we thought about these features,” he continued. “How we thought about how Xbox Live works, how digital works. I see people feeling like we’ve moved away from digital, when certainly I don’t believe that’s the case. I believe we’ve added on choice for people. It was an addition of a feature onto Xbox One, not a removal of a feature. And I understand people see things like Family Sharing and they’re like, ‘Wow, I was really looking forward to that,’ which is more of an engineering reality time frame type-thing.”

Whitten said that an online petition asking Microsoft to overturn its backtracking was another indication of the company’s need to talk more openly.

“What it tells me is we need to do more work to talk about what we’re doing because I think that we did something different than maybe how people are perceiving it,” he said. “When I read some of the things like that petition, from my perspective we took a lot of the feedback and, while Xbox One is built to be digital native, to have this amazing online experience, we realized people wanted some choice. They wanted what I like to call a bridge, sort of how they think about the world today using more digital stuff. What we did, we added to what the console can do by providing physical and offline modes in the console. It isn’t about moving away from what that digital vision is for the platform. It’s about adding that choice. Frankly, I think we need to just do more to let people see how the console works, what they’re going to be able to do for it. I think a lot of the things they’re wishing for are frankly there.”

Microsoft has taken a beating from Sony, which has argued that it is thinking more about hardcore gamers.

“We love core gamers,” Whitten said. “They’re the people that have built Xbox and Xbox Live. That’s the place where we need to do a better job showing up, and we need to engage more.”