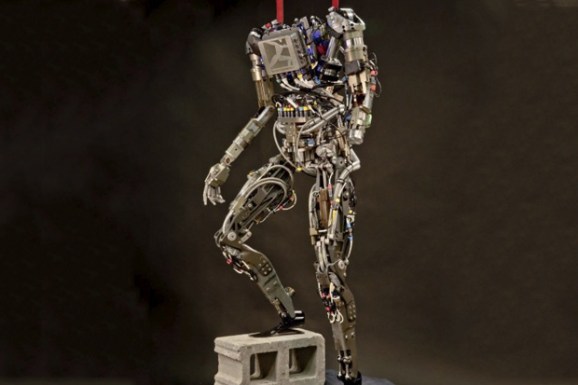 The disaster rescuer of the future looks a lot like the Terminator.

On Thursday, DARPA unveiled Atlas, a new humanoid robot that could change the way government organizations respond to disasters like the recent wildfire in Prescott, Arizona or 2011’s nuclear crisis at the Fukushima Daiichi nuclear plant in Japan.

Robots like the  6′ 2″, 330-pound Atlas, which can be controlled remotely, give rescue agencies a powerful new ability: Instead of sending rescuers into dangerous situations, one day they’ll be able to send something like Atlas, which can go places us fleshy humans can’t. (Like inside a radioactive zone, for instance.)

Atlas’ capabilities right now, however, are pretty limited, which is why DARPA is sponsoring a contest to see what new abilities they can give Atlas. Imagine if the robot could open doors, for example, or even use certain power tools.

Atlas, by way, was developed by Boston Dynamics, the same company responsible for well-known robots like Bigdog and Cheetah.