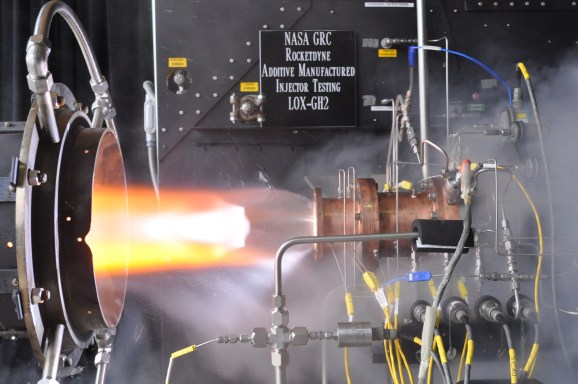 3D printing isn’t only about creating trinkets and toys — it can also help send humans into space.

In a watershed move, NASA has successfully tested a rocket part created via 3D printer, a move that shows how important the technology will be to its operations one day.

“The injector is the heart of a rocket engine and represents a large portion of the resulting cost of these systems. Today, we have the results of a fully additive manufactured rocket injector with a demonstration in a relevant environment,” NASA researcher Tyler Hickman said in a statement.

This is massively important for NASA. Not only will 3D printing reduce the cost of putting together rocket parts, but it also opens up the possibility for astronauts to do their own manufacturing in space. There’s also the time factor. NASA says the 3D printed rocket injector it created would have taken more than a year to create using traditional processes. With 3D printing, it took less than four months.

The 3D-printing-in-space idea isn’t new for NASA, which is already trying to get a 3D printer onto the International Space Station. “[3D printing] will allow us to live and work in space with the same efficiency and productivity that we do on Earth, with the ultimate objective being to eliminate reliance on materials and parts launched from the ground,” NASA product manager Niki Werkheiser said in a statement back in May.