The Nokia 1020 is the best smartphone camera I’ve ever used. This is something I can say with complete confidence after spending a few hours with the device this week and looking at more of its sample pictures today.

But Nokia’s problem so far hasn’t been smartphone technology — it’s been getting consumers to buy its smartphones. Few people know this better that Nokia North America sales and marketing chief Matt Rothschild, who has helped lead Nokia’s smartphone efforts over the past few years.

In an interview after Nokia’s Lumia 1020 unveiling, he and I talked about Nokia’s partner relationships, Windows Phone’s growing pains, and who exactly the Lumia 1020’s advanced camera is made for.

VentureBeat: Nokia has had an uneven history with partners like AT&T, which haven’t given the Lumia phones top billing in stores. Is this a problem Nokia plans to fix with the Lumia 1020?

Matt Rothschild: Carriers like AT&T are a critical piece of this because they are the ones who ultimately sell the phone, connect you to the service, and send you your bill. It’s not possible to do this without them. The retail experience and marketing campaigns for the Lumia 1020 are being customized just for this device. On July 26, you’ll see that there’s no question when you walk into an AT&T store as to what the hero product is for that store. 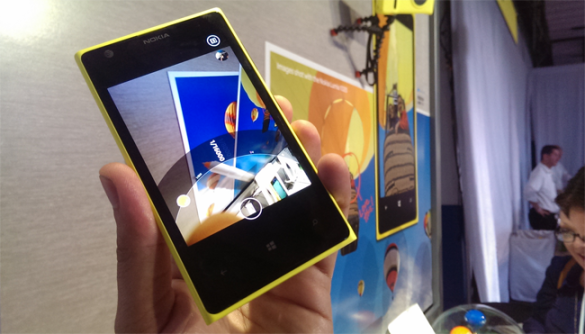 Above: You can knock Nokia’s marketing efforts, or even Windows Phone, but you can’t deny that it makes some pretty devices.

VentureBeat: Nokia has had a problem reaching consumers in North America. How is the marketing changing this time around?

Rothschild: With the Lumia 1020, there’s a three-way partnership between Microsoft, Nokia, and the operator, which in this case is AT&T. What’s really important is that we coordinate all of our consumer-facing messages so that there’s one consistent holistic campaign, and you’ll see that with the Lumia 1020.

You may have noticed with the advertising for the Lumia 928, for example, that the marketing done by Microsoft and Verizon were very complementary. Where one finished, the other picked up. That’s a great thing for us.

The other component is live devices. How can you possibly show people how great this camera is without giving them live demos? It’s not rocket science, but we’re going to continue to invest in this.

Still, it’s clear that we need to continue to work in this area. There are two established, comfortable options and we’ve made a concerted, bold decision to bring a third choice to consumers. It’s going to take time, consistent investment, and heavy lifting to continue to build that. And it won’t happen overnight or with a single product. Though we strongly believe in the 1020, it’s one device in Nokia’s larger portfolio of products.

VentureBeat: Windows Phone wasn’t a big part of Nokia’s presentation. How important is it that this advanced camera technology is finally coming to the platform?

Rothschild: Having great devices, having devices that consumers want, is what sells phones. By having those devices you also sell Windows Phone  — so it’s a symbiotic, very dependent relationship. That’s why our partnership with Microsoft is so important. We have to build innovative hardware and great software. With the Lumia 1020, we’re going to absolutely lean into celebrating this camera, and that will bring attention to Windows Phone as a whole.

Nokia Lumia is Windows Phone. I don’t think we really need to call that out anymore. 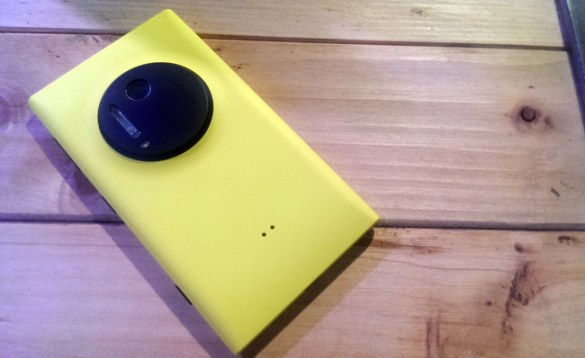 Above: Will that impressive camera be enough to sell the Lumia 1020? Nokia sure hopes so.

VentureBeat: The Lumia 1020 has features for the average consumer, but just as many for more advanced photographers. Who did Nokia make this phone for, exactly?

Rothschild: The target audience for us is broad  — it’s the professional element but it’s also the hobbyist. But what’s important to me is that when we talk to consumers, they tell us that capturing great images that they’re happy to share has been a frustration for them. Everyone knows that the smartphone is now our go-to photography device, so therefore it’s a core thing that everyone’s looking for.

VentureBeat: What else are you selling this on besides this camera?

Rothschild: First, we start with the overall balance — what we call the volume of the product. It’s very beautiful to hold, well-balanced, and well-designed. We’ve also slimmed it down a bit by leaving out things like wireless charging, so if consumers really value that, they can buy the the attachment. And then there’s the beautiful AMOLED display.

That’s the hardware element. We also have accessories like the Camera Grip, which adds an extra battery and shutter button.

These are what I call the “considerations.” We say, “Let me show you some great photographs on this and then when we have the person’s interest we can expand to questions of “Do you use a lot of navigation” and “Do you use a lot of work email when you travel?” We can tick all of these boxes with absolute confidence, but we start the conversation at that hook — the camera.