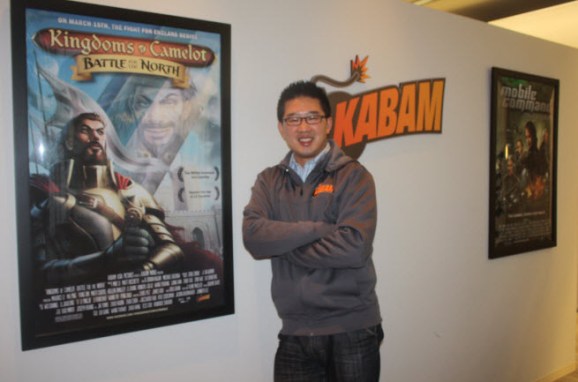 In a secondary offering that raised $38.5 million for shareholders, Kabam has established that it has a valuation of $700 million, the company said today.

It might appear on the surface that Kabam actually raised that money for itself. But the company confirms that the money being raised in the secondary offering is going to Kabam’s shareholders (employees), not the company itself. That means that some existing shareholders or employees have already decided to sell their early Kabam stock and that a new investor is buying them. The company said that those shareholders received $38.5 million from the new investors, and that transaction has established Kabam’s value at $700 million.

Kabam hasn’t commented on the rumors, but others have written that Kabam is rumored to be on an initial public offering track. Since IPOs are in a state of drought, the companies can be more creative in allowing liquidity for employees who want to sell off some of their holdings. By doing this kind of transaction, employees can cash out earlier and the company can ease the pressure to go public. Now it can wait for a time that suits both Kabam and the overall investment market.

Kabam was founded in 2006 by Kevin Chou, chief executive, and a team of others who went by the name Watercooler. Their original investor was Betfair, the internet betting exchange, and Canaan Partners. In a series of fundings, Kabam raised at least $125 million, though it did not always announce the exact amounts raised. The company focused on creating hardcore games such as Kingdoms of Camelot on Facebook, but it has shifted to providing similar free-to-play games such as The Hobbit: Kingdoms of Middle-earth and The Fast & The Furious: The Game on mobile platforms. About 70 percent of revenues come from non-Facebook platforms now.

Kabam said, “a secondary offering of this nature demonstrates an unusual commitment to employees of a privately-held company. Traditionally, most private companies use an IPO as the only way to offer employees and investors a way to realize the value of their stock.  A secondary offering is a way to provide liquidity while the company continues to operate privately.”

Chou (pictured at top) said in a statement, “I strongly believe that all Kabam talent should share in the value that they are creating for our company’s shareholders, including themselves.  In the last 12 months, Kabam has launched North America’s most successful game publishing and platform business, bringing over 20 high quality titles to market.  In addition, our own studios have created the world’s number one mobile racing game, Fast and Furious 6: The Game.  Our talented employees are the ones making these efforts so successful.”

He added, “None of the new investment is going to Kabam. It’s all going to employees who wish to sell their shares, and it’s of course a voluntary program.”

He said that Kabam is “remarkably solid” in financial terms. He said it has been running profitably with positive cash flow, has more than $50 million in cash in the bank, and it expects to grow revenues to more than $300 million this year.

“Kabam is focused on the long term, and we are motivated to build the next great entertainment company,” he added. “While we’re building for the long term, we wanted to find a way to enable employees to enjoy some financial benefit today from the equity portion of their compensation.  The secondary offering is a terrific way to do this.”

Kabam said it is not naming the companies that funded the secondary offering. Last fall, Kabam announced that Warner Bros. had become an investor in Kabam. From what we heard, Kabam bought the shares held by early investor Betfair, and a spokesman confirmed that.