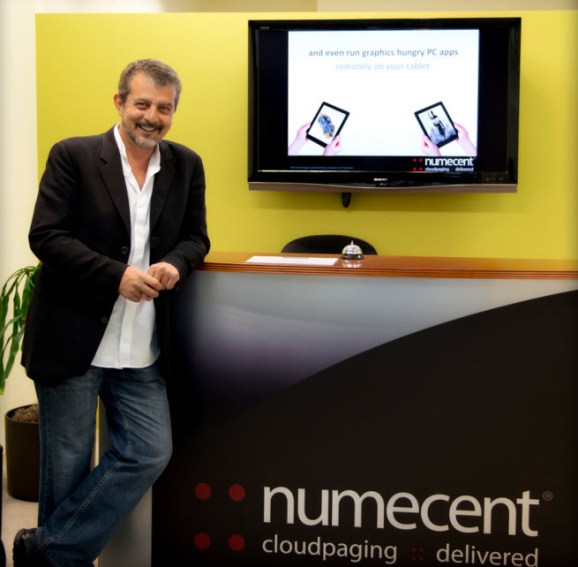 Numecent is unveiling a service today that could be a big boost for makers of heavy-duty software programs that customers can’t be easily download. The Irvine, Calif.-based startup calls its product the “native as a service” platform that uses its proprietary “cloudpaging technology.”

With cloudpaging, Numecent can deliver just a small part of a large Windows software program and get it running on a machine. Instead of waiting hours for a download, customers can start using the program in a minute or so, said Osman Kent,  Numecent’s chief executive, in an interview with VentureBeat. Kent showed cloudpaging in action with Adobe’s Photoshop software, which normally takes about an hour to download on a cable modem (at a broadband speed of 3 megabits per second). Kent downloaded about 170MBs of data from a Dropbox via a Wi-Fi connection and got Photoshop working in about a minute.

If this sounds familiar, other companies have promised it before over the past decade under names such as “progressive download” or “cloud gaming.” But Kent says his system is much more efficient about consuming bandwidth than those technologies that proved to have major flaws. He’s pitching the technology to software vendors under a subscription and without any changes to their source code. Kent says it effectively makes a web application operate at the speed of a native application, or one that’s installed on the device it runs on and operates at a fast speed. That’s why he calls it “native as a service,” or NaaS. Kent says cloudpaging can speed up the downloading of a program by 20 times to 100 times — without clogging the network with a large stream of data.

“Windows apps face an existential threat of epic proportions,” Kent said. “It’s do-or-die for Windows apps. Software-as-a-service players are growing fast, and the native apps are slowing down. They’re trying to rewrite their software, but this is where we come in as the effortless onramp to the cloud for software vendors.

“You get the agile and liberating user experience of the web app, but with better performance, rich functionality, and compatibility that only native apps can deliver.”

Native apps can also drastically reduce the revenue lost as a result of piracy as the software vendor does not have to deliver an unencrypted or persistent executable file (hackers can easily crack them these days), Kent said. If Kent can deliver on all of these things as the company launches cloudpaging this year, it would be a very disruptive technology that could put a lot of money in the pockets of software companies that are trying to adapt to the age of web-delivered apps. 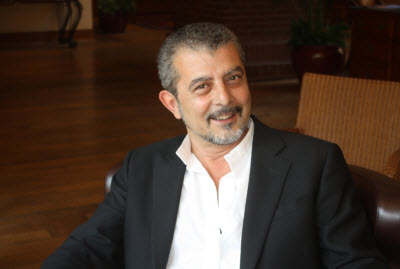 Above: Osman Kent of Numecent

Typically, what happens is that vendors who develop heavy apps — or those that take a gigabyte of storage or more — try to rewrite their apps with lesser functionality for a web-based application. It usually doesn’t work as well and it disappoints users who are accustomed to the real thing. But Kent says that NaaS is to native applications what software-as-a-service (SaaS) is to web applications. Now companies don’t have to waste all that time and money.

“As the delivery of digital goods moves unstoppably towards the cloud, companies offering SaaS have been reaping enormous economic benefits with their web applications” said Kent. “However, until the advent of NaaS, most independent software vendors (ISVs) with native applications have been unable to participate in this new economy due to technical, financial and resourcing barriers. NaaS changes all that – it is an instant enabler for ISVs, large and small, who want to monetize their inventory now – with or without subscription. NaaS is an effortless onramp to the cloud economy for ISVs.”

The Irvine, Calif.-based Numecent described its technology last year and it has received validation by raising $13.6 million in funding from Deutsche Telekom’s T-Venture funding arm. And at least one customer loves the technology as well. Uni-Data is a New York managed-service provider that hosts Numecent’s technology and offers “value-added services” with it. The Numecent technology competes with virtual desktop infrastructure (VDI) services.

“Numecent’s technology is to VDI what a fresh raspberry sorbet is to soft-serve vanilla — bright, fresh, piquant — the essence of flavor, cooler and crisper than the actual fruit, where the other is just a repetitively refrigerated sameness,” said Bob Babcock, the director of sales and marketing at Uni-Data. “I’ve the biggest ISV and one of the largest franchise brands hitched to Cloudpaging already. From here, I intend to take over the world. In ancient theater, divine intervention was represented as a hand from the Cloud. Numecent’s cloudpaging is just that — deus ex machina — software delivered quickly and without foreshadowing, as if through divination. It is a gift from the gods.”

That’s what you could call an endorsement. Numecent is offering its platform as a white-label offering that is also hosted on Amazon Web Services. Using such platforms, a software company can “cloudify” its software and deliver its application from the NaaS platform instantly to users, with zero installation on a client device. Unlike “streamed” cloud applications (such as the video game streaming service OnLive), cloudpaged applications can run offline while under a full software license, if the software company wants it that way. And unlike streamed cloud apps, Numecent doesn’t use a ton of bandwidth all of the time.

Numecent’s NaaS is available as a subscription on an invitation-only basis for now, and the subscription fee will be based on a pay-per-use pricing model. Annual subscriptions will be available as the company rolls out the service for those who want to deliver native Windows applications from the cloud. NaaS editions will also be tailored for managed service providers, telecom companies, enterprise and others. Over time, Numecent will extend the technology to Linux and Android, but it is focused on Windows for now.