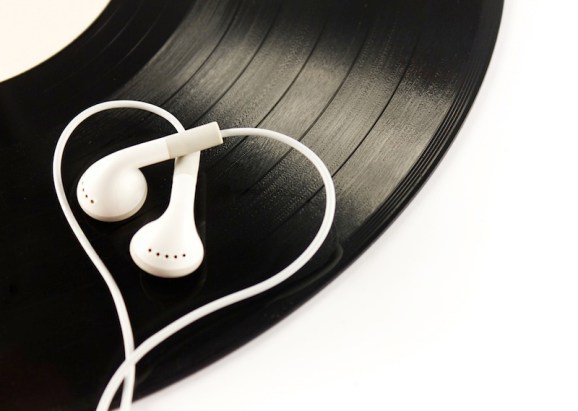 Pandora isn’t the only streaming music service getting criticism for paying musicians too little.

Over the weekend a pair of well-respected musicians — Thom Yorke and Nigel Godrich of Radiohead fame who are members of the band Atoms for Peace — pulled their album Amok from on-demand streaming music service Spotify. Yorke also pulled his solo album, The Eraser, from the service.

Right now Spotify pays artists a fee every time one of their songs plays on the service. It’s substantially higher than the percentage  “Internet radio services” such as Pandora pay (as opposed to the on-demand model that Spotify uses), but the artists say that still isn’t enough.

Anyway. Here's one. We're off of spotify.. Can't do that no more man.. Small meaningless rebellion.

“The music industry is being taken over by the back door … and if we don’t try and make it fair for new music producers and artists … then the art will suffer,” Radiohead producer and keyboardist Godrich said via Twitter. “Make no mistake, these are all the same old industry bods trying to get a stranglehold on the delivery system.”

Godrich said the business model isn’t quite right for Spotify, either. However, removing the albums, he and Yorke said, is more about standing up for the smaller artists and making sure people know that Spotify’s system of royalty payments isn’t valuable enough for musicians.

Make no mistake new artists you discover on #Spotify will no get paid. meanwhile shareholders will shortly being rolling in it. Simples.

Spotify’s goal is to grow a service which people love, ultimately want to pay for, and which will provide the financial support to the music industry necessary to invest in new talent and music. We want to help artists connect with their fans, find new audiences, grow their fan base and make a living from the music we all love.

Right now we’re still in the early stages of a long-term project that’s already having a hugely positive effect on artists and new music. We’ve already paid US$500M to rights-holders so far and by the end of 2013 this number will reach US$1bn. Much of this money is being invested in nurturing new talent and producing great new music.

We’re 100% committed to making Spotify the most artist-friendly music service possible and are constantly talking to artists and managers about how Spotify can help build their careers.