The Toronto-based bootstrapped company of 10 is built around a Facebook app that enables users to create unique, custom cartoons that allow you to illustrate your day, your feelings, or your friends’ habits in humorous ways. Or to create meme-worthy riffs on the news of the day. 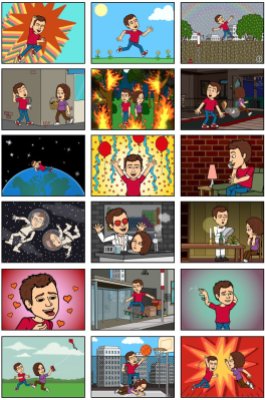 “We see it as the next step in the evolution of social media,” Bitstrip VP of marketing Shahan Panth told me today. “Making it more like real life.”

At the core of the company is a belief that online communication is “frustratingly flat.” Bitstrips is by no means inventing a new way to communicate, CEO Jacob Blackstock told me in Toronto, but simply helping you communicate online with the same level of capability that you do offline. Emotions and facial expressions are critical to communication, Blackstock says, but current social networks don’t allow the full breadth of human expression online.

And no, emoticons don’t really cut it.

Where Facebook and Google might be trying to help you do it with emoticons, Bitstrips gives you a way to design digital versions of yourself and friends — think creating a Mii on a Wii — choose one of over 1,000 customizable templates like the office, school, home, in a car, at the park, or watching a movie, and caption it. Then you send it to your network as a status update, Facebook share, tweet, or personalized greeting card.

Over 50 million unique Bitstrips have been shared so far.

The startup has obviously touched a nerve, as its shocking growth demonstrates. Currently, Panth told me, it’s at three million monthly average users. (Facebook shows one million, but it displays app users in increments of one, five, and 10 million users, so the app will have to cross five million before its Facebook user count jumps.) Ten million people have created unique Bitstrips, and 50 million unique cartoons have been shared.

Growth is local as well as social: Regions like Mexico City and Lima have gone from zero to 400,000 users in just months, the company says.

“Se’ve done zero advertising, and our acquisition cost so far has been nothing,” Panth told me today. “We attribute it to striking a chord with people, and providing a visual element to online communication that has been missing.” 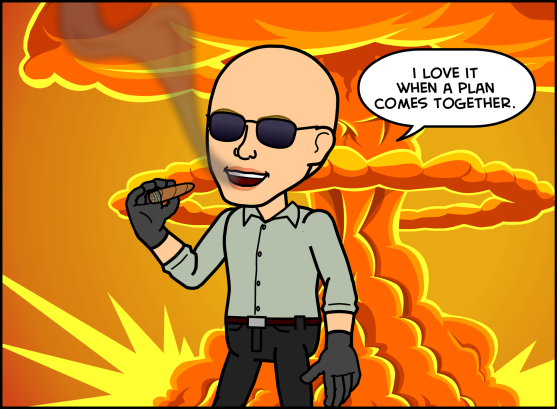 Above: Apparently me, myself, and I as a Bitstrip character

While the app launched seven months ago and the team has achieved fairly significant success without investment, it’s clear that to get to the next level, some degree of investment would be helpful, or “help us pick up the pace and step on the gas,” as Panth says.

The company’s mobile app is due in a couple of weeks, which the team thinks will accelerate their growth, and Bitstrips boasts “the most customizable avatar creation tool on the web,” which still just takes a few minutes to set up.

Bitstrips is just now starting to turn its attention to monetization.

“We’re exploring native ads, and we’re adding premium content and features like premium clothing,” Panth told me. “We’ll also be bringing your Bitstrips character into the real world with plush toys … the next big brand is you and your friends.”

“You are the next superhero,” Panth says.