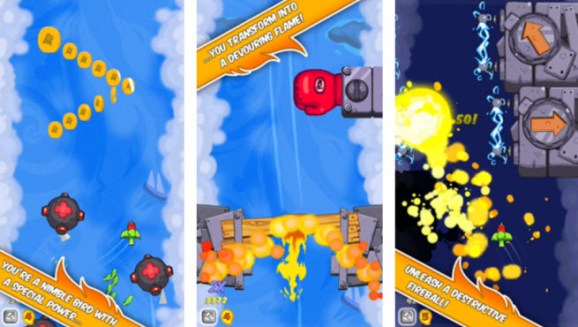 The title lets you control a little green bird as it dodges, burns, and destroys the devious obstacles thrown in your path by the evil Moustermind. It comes from the minds of Cherlin and his partner Max Farley, a former healthcare analyst and now a programmer. They’re an odd couple, running a six-person game studio in Bellevue, Wash. But they’ve got as much a shot at success as anyone. Their mission is to create high-quality games that are approachable yet have deep gameplay.

“We want to make games for gamers like us,” Cherlin said. “We value elegant simplicity and depth.”

Console and PC game makers are leaving for the freedom of indie mobile games in droves. But the move is always a crap shoot, given the huge numbers of competing games on mobile platforms. Cherlin worked at Valve for four years as a designer on games including Team Fortress 2, Left4Dead, Portal 2, and Dota 2. He left a year ago to start Brute Farce.

The game features dynamic difficulty in levels that adjust to your skill. Cherlin says it challenges you without overwhelming you. As you master the game, you encounter progressively more advanced obstacles, including deadmines, barricades, trap barrels, and rockets. The game features dynamic audio from Mike Morasky, the composer who created the music in Portal 2 and Left4Dead. The sound effects change in subtle ways, working harmonically with the game to create a richer and more varied experience. You have to dodge boxing gloves, electric halls, and other traps. The run is different each time you play.

The game sells for 99 cents at launch and $1.99 after July 23. It is available on the iPod Touch and iPhone. The game competes with titles such as Imagi’s Temple run, Lima Sky’s Doodle Jump, and Halfbrick Studios’ Jetpack Joyride. Cherlin and Farley are roommates and have known each other since meeting in 1999. 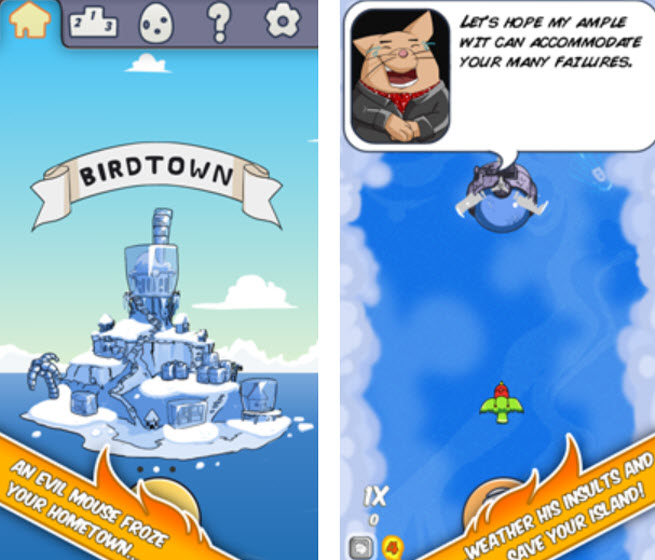