Former Nexon America head Daniel Kim has returned to his roots as an industrial designer at a design boutique called Daylight. That company is a small, nine-person startup that aims to change the world not only with groundbreaking designs for cool products but also by doing work for ambitious nonprofit projects. The products designed by Daylight range from a green water filtration system to a new Logitech webcam. The business is an inspiring blend of both capitalism and altruism. 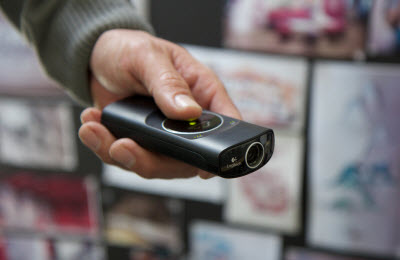 Above: The Logitech Broadcaster.

The work is a far cry away from running Nexon America, the U.S. arm of Asian online game publisher Nexon. Over six years, Kim helped build that company’s business in the North American market as free-to-play games were catching on around the globe. He eventually rose to chief executive officer of Nexon America, but he left at the end of last year. Recently, he joined the team at Daylight, which was familiar to him. Daylight was founded in 2007 by a team of former Ideo industrial designers that Kim worked with when he was part of the industrial design giant. Now he is rejoining the San Francisco firm as a partner in a new South Korean office.

“What drew me to them is that they are working on projects that are trying to change the world,” said Kim. “I wanted to get back to my roots in design. I missed the creative work I did at Ideo.” 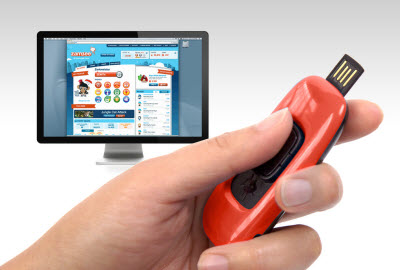 Daylight is a for-profit company, and it’s worked on some interesting projects. It created a webcam for the wireless world in partnership with Logitech, working on everything from initial strategy to final implementation. The Logitech Broadcaster was a new take on a webcam and opened a new market for self-publishers, bloggers, and many others. But what makes Daylight unique is the work it has done on projects that are trying to make the world a more sustainable place. About 40 percent of Daylight’s work is with nonprofits like HopeLab.

Daylight worked with HopeLab, the nonprofit founded by eBay founder Pierre Omidyar and his wife, Pam. Daylight helped tackle the problem of childhood obesity by observing kids. They watched them in urban apartments, rural towns, and after-school programs. They helped create a product and service called Zamzee, which promotes physical activity in kids by tracking a child’s movement and rewarding them in a game-like manner. In testing, the product showed a marked increase in physical activity among kids who used it. 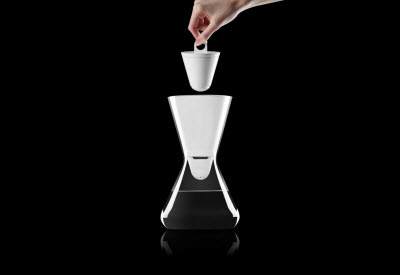 Daylight also worked with a team called Back to Roots. They wanted people to grow their own food. Together, they built a product called AquaFarm, a technology that combines fish and farming. It uses an aquarium-like device, where a fish provides fertilizer and the plants clean the water for the fish. Daylight developed the concept from early prototypes through to design and engineering. The product is now rolling out in stores across the country. It’s a self-cleaning fish tank.

And Daylight helped a company called Soma rethink filtered water. The team recognized that some users don’t trust the plastic materials in filtered water jugs. Keeping a stock of filters is a constant challenge, and so is knowing when to change them. Tossing out plastic filters also felt wrong. So the team created a glass carafe with a filter housing made of compostable materials. They filled it with a carbonized coconut shell. Filter refills are handled via a subscription service.

“Some of these works results are truly inspiring,” Kim said. “We can contribute to the greater good.”

Kim thinks that’s a cool set of products for privately held Daylight, which has been around since 2007. The founders included Sven Newman, Brett Newman, and Leo Kopelow. Their firm competes with rivals such as Ideo, Frog, Fuse, Lunar, and Smart. But Kim thinks it can differentiate itself with a clear design methodology and a process that encourages clients to think differently.

“I’m hoping to expand Daylight’s work into the rest of Asia,” Kim said.