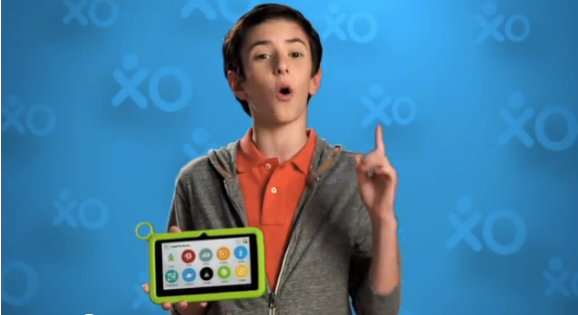 The XO, One Laptop Per Child's new tablet for kids.

Image Credit: One Laptop Per Child

With its latest device, One Laptop Per Child (OLPC) is shifting its focus away from the developing world and to the aisles of your local Walmart.

The organization officially announced today the XO, its new Android-based education tablet that kids can use to watch videos, play games, listen to music, and, oh, learn as well.

At first glance, the device’s focus appears to be a significant departure from that OLPC’s previous efforts, which have been targeted at countries like Ghana, Uruguay, and Peru. The $149 XO tablet is clearly aimed at kids whose parents have a bit more discretionary income, at least if you go by the spirited young man in the device’s promotional video.

But perhaps the bigger problem is that this is a tablet, not a laptop.

While OLPC says that the XO tablet enables it to “harness the power of a touchscreen device to create new ways for children to learn,” I’m not sure that a tablet is the best device if you want kids to create rather than just consume music and videos

In fact, completely absent in OLPC’s blog post is any mention of the word “keyboard,” which is a pretty important feature if you want kids to be able to write and communicate rather than just poke at a screen for a few hours.

While it’s too early to say how effective the XO tablet will be, it’s clear that OLPC is marketing this device a bit differently from its predecessors. Compare how OLPC is promoting the XO Tablet to how it promoted its devices five years ago.