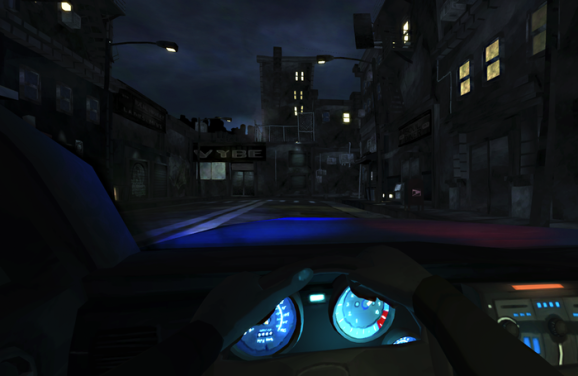 Grab yourself a dozen donuts and grow a mustache because Sierra On-Line’s classic adventure game Police Quest is returning to the force … sort of.

Developer Jim Walls, who created the Police Quest series, announced that his Jim Walls Reloaded studio is working on a spiritual successor called Precinct that is due out for PC and Mac in 2014. To fund Precinct, Walls posted the project to crowdfunding website Kickstarter. The developer is looking for $500,000.

“Like the original Police Quest series, Precinct let’s people see what it’s really like to be a police officer,” Walls said in a statement. “With today’s development tools and technology, I can finally deliver the type of experience that I’ve always wanted to. I want Precinct to rekindle the feeling of classic adventure games while delivering a cutting edge police adventure to a whole new generation of gamers.”

Police Quest was a police-simulation series from Sierra On-Line. The first game debuted in 1987 and starred Sonny Bonds, a character loosely based on Jim Walls’ son, Sonny. Walls went on to direct Police Quest II: The Vengeance and Police Quest III: The Kindred before handing off the series to designer Tammy Dargan and former L.A. police chief Daryl Gates.

“Fans have been asking Jim to create a new game for years, so I’m really happy that he’s decided to do this,” Precinct executive producer Robert Lindsley said. “As a founding father of the adventure game genre, he has the ability to truly deliver that classic adventure style. And with additional talent that includes both Sierra and industry veterans, we can mix the old and new to ensure that the story, colors, characters, animation, design, and of course the gameplay meet modern expectations.”

Lindsley, who also used to work at Sierra On-Line, will oversee the production of Precinct while Walls will do most of the writing. The studio plans to build the game in first-person with 3D environments. It will go for realism with shootouts and high-speed car chases, investigations, but it will also feature classic adventure-game-style puzzles.

If Precinct reaches its goal, Jim Walls Reloaded expects to have the title out in Q3 of 2014. The project is currently just past $10,000 in contributions from nearly 200 backers.