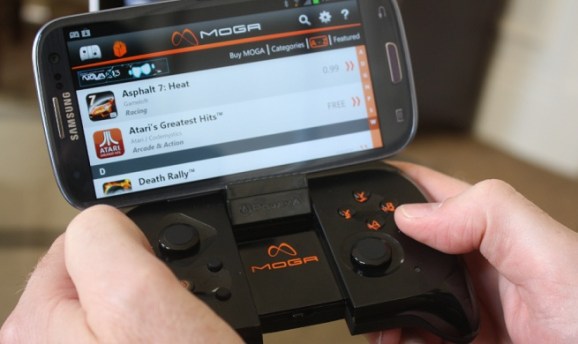 Investments in game startups grew in the second quarter, fueled by a rush toward mobile gaming, according to boutique game investment bank Digi-Capital.

But games mergers and acquisitions have dipped from a record $4 billion recorded in 2012. Overall value of game acquisitions is at $1.1 billion so far this year and has declined 47 percent in proportion to 2013 compared to 2012. Average deal size is fell by 54 percent this year in proportion to 2012 to $22.9 million. The deals are dominated by mobile and console consolidation after bankruptcies.

Mobile and online games could grow to $48 billion, or 55 percent of $83 billion for the total video game market by 2016, according to Tim Merel, the managing director at Digi-Capital, who will be a speaker at our GamesBeat 2013 conference on Oct. 29-Oct. 30.

Rocketing growth of mobile gaming is feeding the growth. Games are 72 percent of mobile app revenues in 2013, up from 40 percent in 2010. They are 40 percent of total mobile app downloads, according to sources including McKinsey, AppAnnie, NPD, Kongregate, and Flurry. Mobile games monetize four times better than all other mobile app categories combined.

Mobile games consume about 43 percent of mobile app usage on iOS and Android smartphones and tablets. They account for 67 percent of all tablet use.

Merel said that the changes are driven by the mobile Internet’s popularity. Mobile Internet revenue could reach $11.1 trillion in total value by 2025 across all industries. Mobile devices are causing disruption and growth across all tech markets, with mobile data usage and mobile apps growth growing dramatically. The transition to free-to-play games and communal play is changing sector dynamics by delivering 10 times to 20 times revenue growth for the market leaders.

In the wake of Zynga’s IPO and the decline of its stock, many venture capital game investors have exited the game market completely. Merel said there is a mismatch between investment demand and supply, with capital markets failing to take advantage of the long-term growth, especially in mobile. As a result, he says there could be mispricing across both private and public games markets in 2013.

Asia is rising to dominance in game deals. Eight of the 10 largest game M&A deals in 2012 were by Chinese, Japanese, or Korean buyers.

Merel said that PlayStation 4 and Xbox One launches in the fourth quarter could turn around the overall decline of the console market, but questions remain. The console market declined in the last year (down 25 percent total through May) despite the Wii U launch.