In further proof that Samsung is the big boy in the Android pool, a new study shows that Samsung smartphones and tablets own almost half of all Android-based web traffic.

“We found that Samsung users generate close to 50 percent of all Android Web traffic within the U.S. and Canada,” a company representative said via e-mail. “That’s nearly five times the share of HTC users, the next closest competitor.” 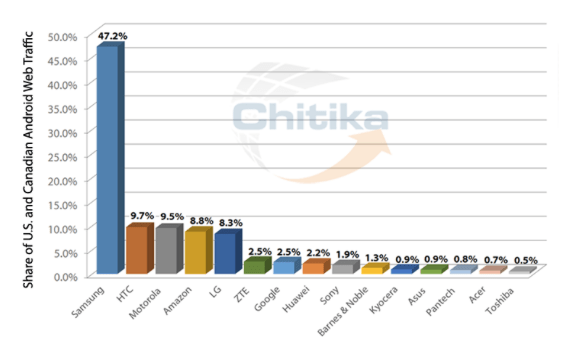 HTC holds a slim margin on Motorola, Amazon, and LG, all of whom are close to the 10 percent mark. Google’s Nexus is down around 2.5 percent, while Barnes and Noble’s Nook, which just recently threw in the we’re-going-it-alone towel and added Google Play, holds just 1.3 percent. 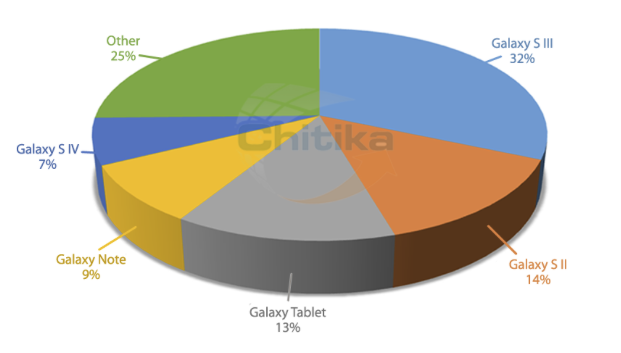 The results aren’t shocking — Samsung also captures 95 percent of the profits in the Android smartphone market — but do showcase once again why Google is eager to spend perhaps half billion dollars or more promoting Motorola’s new X phone, as Samsung clearly is becoming capable of challenging Google for the leading position in the Android ecosystem.