Collecting ’em all is about to get a bit more expensive.

Nintendo revealed today that it is bringing Pokémon Rumble U to North American Wii U consoles on Aug. 29 exclusively through the console’s eShop for $18. This new pocket-monsters title follows the adventures of a group of toy Pokémon that get washed away down a river and have to embark on a Toy Story-style adventure to return to their store. On the way, the Pokémon will unravel a mystery that explains why the toy Pokémon are fighting each other.

Pokémon Rumble U is the first Nintendo game to use the Wii U’s built-in near-field-communication feature to connect real, physical toys with the in-game action. Nintendo is partnering with GameStop to sell these figures for $4 each. Stores will feature a random assortment of characters that include Pikachu, Deoxys, Eevee, and Genesect.

Unlike Activision’s Skylanders franchise, which started the trend of connecting real physical items with video games, Pokémon Rumble U’s toys are optional. They will only improve the strength and traits of the creatures that players collect in the game.

Gamers can also change the moves or add special traits to their NFC figures to help make those Pokémon more formidable. Like with Skylanders, Nintendo’s NFC toys can save data independently of the Wii U or the game, so play with their favorite toy Pokémon on any Wii U console. 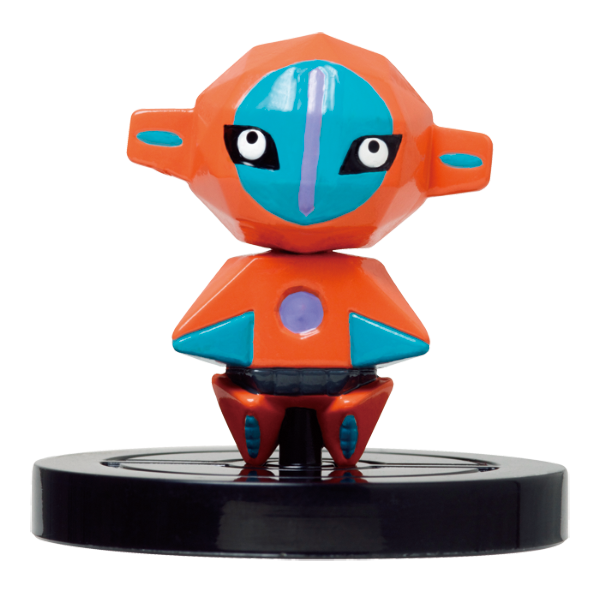 Nintendo joins Activision, Disney, and Hasbro in an attempt to maximize revenue by combining video games with physical toys. The Skylanders franchise quickly racked up over $1 billion for Activision. Disney is attempting to match that success with its upcoming Disney Infinity game. Meanwhile, Hasbro just introduced its Telepods product, which it will license to developers, like Rovio with Angry Birds, that want a standardized way to connect toys to mobile games.