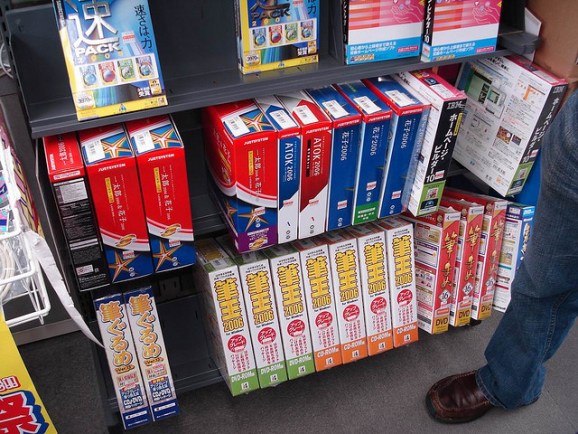 Andy Chou is co-founder and CTO at Coverity.

Enterprise software is notorious for becoming shelfware, software that gets bought, paid for, then left lying on the shelf.

According to a poll that was conducted by software vendor IE Software, companies in the U.S. waste $12.3 billion per year on maintenance for software that no one actually uses.

All too often, the attention is geared toward making a purchasing decision, but soon after the deal is done, the spotlight moves elsewhere. Suddenly, it’s a year later and nobody has used the software. The investment is a sunk cost, fixing it is decidedly unglamorous work, and nothing gets done.

Here are some tips on how to ensure that software purchases don’t become shelfware.

An unused product adds no value, no matter how many features it has.

During product evaluation, consider who the ultimate users, are and have a few of them evaluate a realistic installation of the product against core use cases. If the core features aren’t adopted early on, additional features won’t be of much use.

The cost of deploying and using software is a big investment — often much bigger than acquiring the software itself. This investment needs an owner to ensure the rollout is done smoothly, processes are thoughtfully adjusted, and metrics are put in place.

Business sponsors need to have clear goals for deploying the product and have a concrete plan for how to measure and achieve those goals. They also need to engage with stakeholders — IT, users, managers, vendors — to ensure the software gets integrated into the way the organization works.

Have a technical champion

It’s critical to have someone put their hands on the product and learn how to mold it to various needs.

Technical champions with a good understanding of the product can help users and executive sponsors avoid straying into twisted, unsupported usage models that raise the risk of a failed deployment.

A technical champion must be highly competent and not afraid to play with scripts and even do some custom development to glue components together. It is far better to have an A player spend some time getting it right than to have a C player wreak havoc on the entire user base by lurching from crisis to crisis.

Even with a technical champion, there will be many decisions related to how a product is deployed and used that can greatly benefit from the expertise of your vendor.

The vendor knows its product better than anyone else. Understanding your vendor’s services and offerings also gives you a window into how they approach customer success.

Skimping on services can lead to an extended period of bumping into walls while you spend valuable time learning where the passages lead. The vendor has a map. Rent it by buying services.

Don’t try to boil the ocean

In other words, stage deployment gradually. It’s risky to roll out complex software to all users, all at once.

Instead, focus on establishing a foothold by getting a small group of users to a successful deployment of core use cases.

By making them successful first, you have the opportunity to learn in a smaller, less costly setting. Also, pour resources into the first adopters disproportionate to their importance in the grand scheme of things.

Getting an organization to adopt software is like getting a child to eat a new food. With lots of cajoling you can get them to poke at it, but you can’t force them to eat it.

With software, the first impression and the way it’s introduced are key.

For example, it’s difficult for a security team to force a development team to use the security team’s choice of software. This mentality will only spawn and entrench opposition.

Instead, bring a small number of key managers and power users into the purchasing process early on. Bring in all of the stakeholders to plan the deployment and integration before it’s rolled out. Show them how the software will make their lives better and easier.

While this list focuses on on-premise software, much of it holds true for enterprise cloud software as well. SaaS is no panacea. And despite all attempts to make software more usable in recent years, enterprise software is still a complex animal because enterprises have fundamentally complex problems to solve.

By considering adoption as one of the primary goals from the initial phases of acquisition through deployment, shelfware can be avoided. Once adoption occurs, users gain confidence and start to use more powerful features. That’s where you’ll begin to realize huge value. But it will never happen unless adoption is achieved from the very beginning.

Andy Chou is co-founder and CTO at Coverity, a software development testing company. Its products help improve developers’ testing processes to find critical quality and security issues as the code is being developed.