There are plenty of reasons to be excited about comic books as a tech geek — especially if you enjoy reading digital comics over the traditional printed versions.

The digital comic book industry has consistently grown in annual revenue over the past three years ($8 million in 2010, $25 million in 2011, and $70 million in 2012), according to data from business-focused comic news site ICv2. That number should continue to climb in years ahead thanks to a handful of tech startups and forward-thinking publishers that are disrupting the industry.

Here are seven such companies that are turning the world of digital comics on its head: 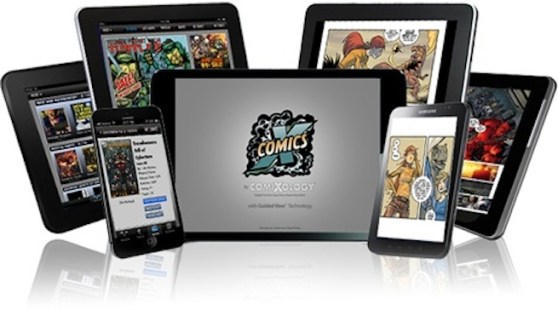 Why it’s important: It’s only fair to kick off this list with ComiXology, the startup that’s responsible for pushing the comic book industry into the modern era of digital publishing. The startup was the first big digital platform to begin selling single-issue comics from all the major publishers (Marvel, DC Comics, Image, IDW, Boom Studios, and others) and the first to reach agreements with those publishers to release their comics the same time they debut in print. Comics purchased through their online store are available across Android devices, iOS devices, Kindle Fire, and the web.

How it’s changing digital comics: Digital comics on ComiXology’s platform use the company’s guided view feature, which basically makes it easy to follow a comic page panel-by-panel. The experience is so nice that reading digital comics on other platforms is just painful. And in the last year, publishers have started to utilize that guided view technology to create original comic series that advance the story by tapping the screen rather than turning the page. (For example, Marvel’s Infinite Comics and DC’s DC² comics). Earlier this year, ComiXology kicked off plans to expand its digital comics business in Europe, eventually paving the way for more foreign content that’s translated into multiple languages. And perhaps the most disruptive thing ComiXology is doing is with the company’s creator-owned submission program, which unrepresented creators can use to sell their comics alongside Spider-Man, Batman, and The Walking Dead.

Read all of VentureBeat’s coverage of ComiXology. 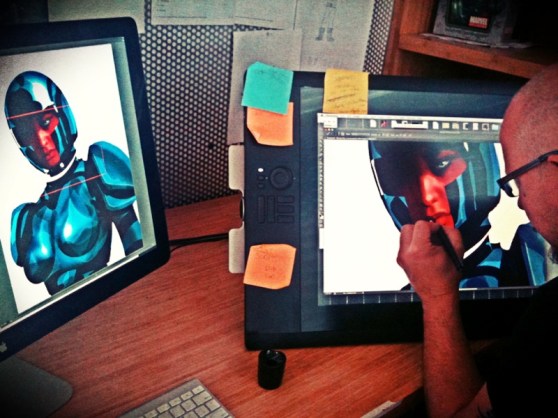 Why it’s important: Madefire emerged on the digital comic book scene in 2012 with the purpose of making a new kind of technology that took full advantage of storytelling on mobile devices. The startup has created a “motion book” tool so that artwork on a single page can move and interact with the reader — for example, swiping or tapping a touchscreen or moving the device to have artwork on a page shuffle around. As a result, the story within a motion book unfolds through layers of art, word balloons, and captions that unfold in sequence — sort of like reading a book that slowly fills a blank page with text as you read.

How it’s changing digital comics: Madefire recently announced new publisher partnerships that will bring its motion book technology to a handful of independent and licensed comic book series, including those by IDW, Boom Studios, and Top Cow. Madefire founder Ben Wolstenholme told VentureBeat that the company is seeking out more partnerships with big name publishers, some of which it hopes to announce soon.

Read all of VentureBeat’s coverage of Madefire.

Why it’s important: Image Comics is the third largest comic book publisher that creators use to publish work that they retain the rights on. It’s responsible for a ton of hit original series, including The Walking Dead, Invincible, Saga, The Nightly News, Savage Dragon, Spawn, and many more.

How it’s changing digital comics: Earlier this month Image became the first major publisher to start selling DRM-free versions of comic book files on its website. DRM, or digital rights management, restricts a file’s use outside of official platforms. (Apple previously did this with music downloads on iTunes until the company was able to negotiate with the record labels to offer DRM-free music.) Consumers can download Image comics in a variety of formats, including PDF, CBR, and CBZ formats.

At San Diego Comic-Con, Image publisher Eric Stephenson told Comic Book Resources, “As it stands, we’re doing our digital content in formats people like that are already supported by multiple applications. That was a win-win for us because we’re a comic book publisher, not a technology company. So we’re able to provide our readers content in formats they’re familiar with, without getting into the expensive and time-consuming business of app development.”