A decade ago, the U.S. market represented the key to consumer Internet dominance. Now, leading consumer technology companies such as Google, eBay, and Apple have something new in common: the U.S. accounts for just a minority of their revenue.

This fundamental shift in the tech sector is not surprising when one takes into account the factors driving it. According to consulting firm McKinsey, by 2015 70 percent of Internet users will live in emerging markets. At the same time, U.S. revenue models can successfully migrate overseas in sectors like commerce, banking and media.

At my firm Lumia Capital, we often stress that we’re looking for “fertile characteristics for breakout growth,” which are drivers we use to determine the next massive Internet markets.

These factors include macroeconomic fundamentals, credit card penetration, broadband adoption, and cultural propensity to buy online. Significant improvements in these areas have created large-scale e-commerce markets in once-marginal geographies, including Latin America, the Middle East, and Southeast Asia. All told, eMarketer projects that there will be over 900 million digital buyers outside of North America and Western Europe by 2016, accounting for half of global e-commerce spend.

Across these markets, this growth is catalyzed by Internet infrastructure and logistics companies providing key building blocks: Examples include Pagosonline, which powers new payment methods for Latin American consumers, Kopo Kopo, which makes it easy for African merchants to transact with customers through their mobile phones, and Lenddo, which uses the social networks to overcome challenges evaluating and distributing loans to “underbanked: emerging market consumers.

This leads us to a key question: who is poised to benefit?

Domestically, one group is disruptive, globally-applicable, tech companies that have “woken up” to this shift. The savviest of these are realizing that they cannot wait to reach eBay’s scale before taking international expansion seriously.  Pinterest, Etsy, and JustFab, among many others, have announced international expansion as a key objective.

Companies with technologies that facilitate international e-commerce will benefit as well. These include Shipwire, which allows U.S. e-commerce companies to implement global fulfillment solutions, Borderfree, which assists companies in everything from localizing product prices to fraud management, and others.

U.S. companies will capture significant international market share, but local competitors are often uniquely positioned to win. Employing local expertise and relationships, these companies can often overcome the structural challenges endemic to many of these markets.

Numerous types of local companies are positioned to prosper. These include Marketplaces, such as MercadoLibre in Latin America, e-commerce companies like MarkaVIP in the Middle East (a Lumia portfolio company), and digital media companies, like Mail.ru in Russia.

Two groups of investors will benefit: Leading emerging market venture capitalists with strong regional expertise will continue to invest in the best startups in the early stages.

However, as these companies begin to scale, they also require access to the best practices, strategic partners, vendors, and talent that have coalesced in Silicon Valley over the past 60 years. U.S.-based general partners that are willing and able to successfully bridge this gap are also highly sought after in emerging markets.

Still, many U.S. VCs are hesitant to take this leap due to geographical distance (15 hour flights to Istanbul aren’t easy), fear of new markets, and inertia. In fact, according to Deloitte, U.S.-based investors are less inclined than VCs in any other country — except Brazil and India — to invest outside of their home markets. This behavior won’t last.

Meg Whitman once proclaimed that the international expansion of eBay was her best idea as CEO. Smart tech leaders will do well to remember that. 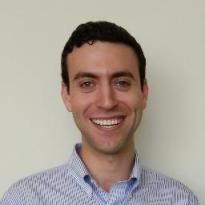