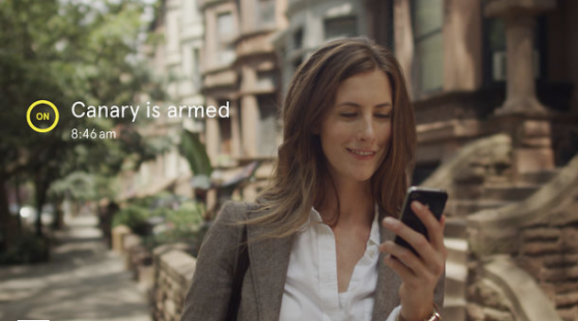 Canary is a device the size of a soda can that can keep your home secure. The company launched an Indiegogo campaign today and is already close to doubling its $100,000 goal. 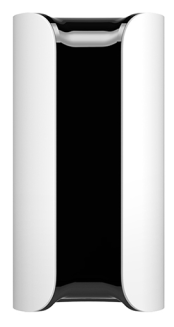 Canary is sleek piece of hardware loaded with sensors. It contains an HD camera with night vision, a microphone that picks up on high frequency audio, an accelerometer, passive infrared motion detection, and sensors for heat, humidity, air quality, and carbon monoxide. It also has a siren (to scare away the bad guys) and connects to your smartphone.

The companion mobile application receives live video and sensor data from the device, and sends notifications if something is amiss. In the event something happens, home owners are prompted with options like “make a call” or “trigger siren” and receive guided action plans for emergencies. People can also arm and disarm alarms, and trigger sirens and speakers remotely. All the privacy settings are customizable and the system learns from your behavior to send smarter alerts.

“We believe that everyone — not just homeowners or the wealthy — should have the ability to secure the people, pets, and things they care about the most,” the company said on the Indiegogo page.

Companies like ADT and Protection One have been working on home automation and security for many years. Traditional systems are expensive — they involve a lot of equipment, maintenance, and fees, and people still question their efficacy. 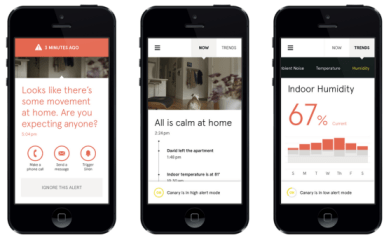 The rise of mobile devices and advancements in hardware development in recent years has led to innovation in this space. The Internet of Things has inspired a string of “connected home” products that can keep people safer, as well as reduce energy consumption in a more efficient, convenient way. Large companies like AT&T, Verizon, Comcast, Google, and Microsoft are all developing products in this arena, as well as a startups like iControl and Scout.

Canary’s goal is to be a “home security device for everyone.” It is not only affordable, but aims to be a more effective method than legacy providers by using machine learning to cut down on false alarms. 94 to 99 percent of burglar-alarm calls turn out to be false, and false alarms make up between 10 to 20 percent of all calls to police and lead to billions in costs. Using data analytics, Canary can distinguish between innocuous abnormalities and real threats, and knows how to react.

The device will retail for around $199, and the “early bird special” offers have already sold out. The money raised through the Indiegogo campaign will give Canary the resources it needs to begin tooling and production. The company recommends that homes with more than three bedrooms and multiple entrances buy more than one device.

Canary is based in New York City.