Kathryn and David Clarke got the idea for a math practice game when their daughters were in middle school, and struggling with numbers. Decades later, they have released the game on the App Store, and it’s designed for every young girl to excel in science and math.

The iPad game, Mission: Math … Sabotage at the Space Station, remains a family-run operation, with father David recently joining the company Kata Enterprises full-time. The complete game is available to download for $7.99, without in-app purchases.

Players, ideally girls 9 and up, create an avatar out of 24 million combinations of characteristics, and work in teams to save a space station. They need to use their budding math and computer science skills to repair the science lab. Little boys can play, too — but they need to adopt a girl avatar and operate in a world filled with strong women leaders.

“The chief medical officer is female, her mentor is female, the head of the secret agency is female,” said David, who runs business and operations for the Washington D.C.-based company. “We were highly conscious about developing a narrative where women have scientific or organizational leadership roles.”

In an interview, David relates the story of how the game got its start. The iPad game was just released this week, but it has been several decades in the making. David’s daughter, Emily, is an adult now and working on her Ph.D in developmental psychology. She’s highly proficient in math and engineering — but she wasn’t always skilled at them. 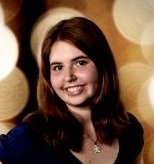 When she was in the fourth grade, Emily would cry with frustration over her algebra homework and was brimming with anxiety on test days. Her parents, both engineers, couldn’t bear the idea that she’d grow up without an affinity for math.

So her mother, Kathryn, developed a set of techniques and strategies to help Emily practice math at home. In a few weeks, she was up to grade level and shortly thereafter exceeding her peers. Emily would go on to win a place at Thomas Jefferson High School for Math and Technology, one of the top STEM-focused (science, technology, engineering, math) magnet schools in the country.

For her senior research project at high school, Emily developed a math practice game, which borrowed from the techniques that had helped her as a child.

“She tested the idea on a group of school kids and learned that there wasn’t anything on the market for girls,” her father recalled. 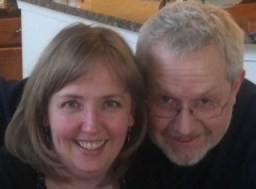 Above: Her parents, Kathryn and David Clarke, developed a game to help their daughter, Emily, overcome her fear of math.

Over the course of the next decade, her parents helped her turn the game into a commercial product. They also provided funding for development costs. Dutch game developer studio Engine Software helped build the game.

With the game released, Clarke recently quit his job in a senior executive at technology integration company GXS to work with his family. Clarke brings decades of experience as a former CTO at the American Red Cross and CIO at General Motors.

Mission: Math … Sabotage at the Space Station is based on fourth-grade math levels and gets more difficult as players master math and science concepts. Parents may need to help their kids get started. While playing the game, girls (and boys) will practice algebra, arithmetic, geometry, fractions, space travel, computer science, and more.

The characters and plot lines are a nod to pop culture and literature. “M,” the formidable female head of the Secret Intelligence Service in the James Bond franchise, is an inspiration for one of the characters in particular, Agent Gamma.

The Clarke family spoke with dozens of parents of young girls and took their ideas into account. Many complained that preteens can be catty and competitive. In Mission: Math, the hero, Star, is encouraged to collaborate with other female characters her own age.

“Girl characters are encouraging and supportive, which is the spirit of the game,” said Clarke.

The Clarke family is considering an iPhone release, but nothing is set yet. Their youngest daughter, Susan, is a strong math student and the inspiration for the next game in the series.