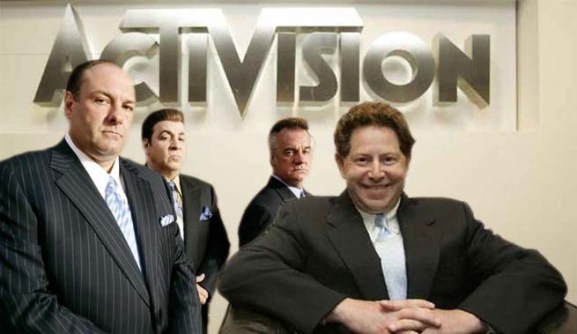 Activision has money and Vivendi wants it.

French multimedia conglomerate Vivendi needs cash to ease its debts and reassure its stock holders. Those forces might compel it to take a special one-time dividend out of publisher Activision, which Vivendi owns 61 percent of, according to the Wall Street Journal.

Vivendi’s board will discuss the move at a meeting today, where it will propose a $3 billion dividend that Activision would have to pay out to all its shareholders, WSJ claims. That would net Vivendi around $2 billion and leave Activision with about $1 billion in cash on hand. Vivendi currently has around $17 billion in net debt.

Activision’s board will have to approve the move, but Vivendi has six of the 11 board seats and can likely force its plan through.

After years in telecommunications, Vivendi is looking to drop out of that market in favor of its entertainment businesses. It wants to squeeze the cash out of Activision without selling its stock because it doesn’t want to lose a controlling interest in the gaming company. In addition to Activision, Vivendi also owns Universal Music Group and Canal+ television-production company.

Activision is one of Vivendi’s most successful investments. The publisher generates billions of dollars in revenue thanks to massive franchises like Call of Duty, Skylanders, and World of Warcraft. Despite that success, Vivendi had no access to Activision’s bank accounts because of a three-person independent oversight group that sat on the game company’s board. This small group had to unanimously approve all board moves and reportedly wouldn’t approve a dividend like this.

Earlier this month marked the fifth anniversary of Activision’s merger with Vivendi. It also marked the expiration of the procedural rules that mandated Vivendi get the approval of the three-person independent board committee. Activision chief executive Bobby Kotick would reportedly rather use his company’s $4 billion on hand to buy out Vivendi, but that is antithetical to Vivendi’s multimedia plans.