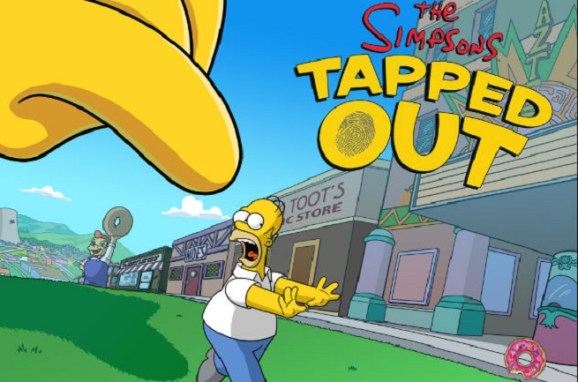 The Simpsons Tapped Out

Electronic Arts has crossed into the digital age like no other console video game publisher.

The company is announcing today that 76 percent of its first fiscal quarter earnings for the period ended June 30 came from digital goods and services. That performance helped it beat its guidance.

The results speak volumes about the transition EA has made in the past couple of years, but it is also at a unique point in time. EA didn’t have a major console game release during the quarter, so its revenues came primarily from mobile games and downloadable content and services associated with Battlefield 3 and FIFA Soccer 13.

EA reported a non-GAAP loss of 40 cents a share on revenue of $495 million. Analysts expected EA to report a loss of 60 cents a share (non-GAAP) on revenues of $453 million during the quarter. While EA is still losing money, its financial results are a positive surprise. EA’s stock is up 3 percent in after-hours trading.

Of course, it would be better if EA accomplished the milestone by growing its digital revenues tremendously rather than seeing its console revenues drop. Still, the earnings are an achievement in several ways. Battlefield 3 has been in the market for more than two years, but online players are still playing it regularly and spending money in the game.

EA has also had big mobile successes with The Simpsons Tapped Out, The Sims Free Play, and Real Racing 3. These titles are particularly strong on Apple’s iOS platform, which is why Apple has now become EA’s biggest retail partner in comparison to GameStop or Best Buy. The digital revenue is up 17 percentage points from a year ago.

Frank Gibeau, the head of EA’s game labels division, also said that EA is going to make it easy for consumers to carry forward their data from generation 3 (PlayStation 3 and Xbox 360) to generation 4 (PS4 and Xbox One) game consoles. Players will be able to access their own achievements.

EA said the quarterly results reflected the recent cutbacks in operating expenses. EA executive chairman Larry Probst said last quarter that EA plans to exit the current fiscal year with expenses at flat or below the year before. That would be a big change for a console transition year, as new game consoles usually lead to higher research and development costs. But EA has been cutting a lot of staff and jettisoning under-performing game studios.

Those cutbacks started after executive chairman Probst took over earlier this year following the resignation of John Riccitiello as EA’s CEO.

In other news, EA said it received 116 awards and a total of 220 nominations for its games at E3. It wont eight out of 15 awards from the official E3 Game Critics Awards. It has also signed a publishing agreement with Tencent to take FIFA Online 3 to China.

“EA had a solid quarter driven by continued digital growth and disciplined cost management,” said Probst in a statement. “We are also executing on a clear set of goals for leadership on mobile, PC, current and next-generation consoles.”

“EA delivered first quarter EPS above our guidance through a combination of revenue growth, phasing of expenses, and cost control,” said chief financial officer Blake Jorgensen in a statement. “We are reaffirming our annual non-GAAP guidance of $4 billion net revenue and $1.20 earnings per share.”

EA said it is the No. 1 publisher in Western retail markets in the calendar year 2013 to date, and it was also the No. 1 global publisher in the iOS game market in the June quarter.

EA’s mobile and handheld digital revenue generated $103 million in the quarter, a 30 percent year-over-year increase in digital net revenue. Real Racing 3 has generated more than 45 million downloads, and it has averaged 2 million daily active users since launching in March. The Battlefield 3 Premium online community has 4 million members, and FIFA 13’s digital revenue topped $70 million in the quarter, up 92 percent from FIFA 12 a year ago. FIFA Online 3’s digital net revenue grew 88 percent in the first quarter compared to a year ago.

EA’s Origin platform has more than 50 million users, including 22 million mobile users. Of the $495 million in revenue, EA’s digital net revenue was $378 million, compared to $324 million in digital revenue a year ago.