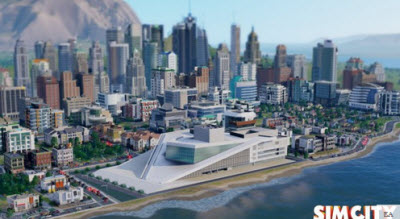 GamesBeat: It seems to lead to interesting choices. I talked to Ocean Quigley [the creative director on the most recent SimCity, who just left EA for a startup]. He said that after his third SimCity-related game, he felt like he had to step outside Will Wright’s shadow and do something different.

Gibeau: That was a happy parting. He’s great. At some point in your career, you look for a diversity of challenges. You want to try different things. He had a tremendous career at Electronic Arts and built a lot of games for us. He wants to try something different, and good on him to go do that.

GamesBeat: What did you take away from the server problems that hurt the launch of SimCity?

Gibeau: In retrospect, our biggest takeaway is that we are lucky that SimCity has an enormous number of loyal fans. That first week after launch was really rough — an experience nobody wants to live through again.

Since then, we’ve sold more than 2 million units, and the number of people logging in and playing is holding steady. SimCity is a success. However, underestimating demand in the first month was a major miss. We hope that the game and the service we’ve provided since then meets the fans’ high standards.

GamesBeat: How do you prevent that from happening again?

Gibeau: Look, launching online games isn’t easy — particularly the ones that attract millions of fans on day one. Some of the biggest and best-run companies in our industry have stumbled on this. That’s not an excuse. It’s just evidence that serving AAA games online is hard.

When service is disrupted, you move quickly to fix it and get the players back in their game. You learn from your mistakes and hope you don’t make the same ones twice. We analyze our operation to understand where it broke down, and we set new standards so it doesn’t happen again.

But the fact remains: This is complicated. Every online game is different. As long as the games are getting bigger and better, and while the audiences are scaling rapidly, there’s going to be a high degree of risk in the first week of launch.

GamesBeat: EA got voted the Worst Company in America? How do you respond to that and try to change that perception, if it is indeed a widely held opinion?

Gibeau: We take it very seriously and want to see it change.

In the last few months, we have started making changes to the business practices that gamers clearly don’t like. In the spring, we dropped our online pass program for consoles — both next-generation and current-generation. We listened to the feedback on SimCity and decided that The Sims 4 would be built as a single-player, offline experience. We announced some new intellectual properties at E3 and will unveil more new games in the months ahead.

We’ve launched an initiative to help players transition to the new consoles. We weant to make moving day a lot easier by allowing players to carry forward their achievements. And there’s much more to come. The point is we are listening, and we are changing.

GamesBeat: Some of your successful studios seem to have a DNA to them. BioWare, EA Sports, and DICE. They’re expanding now because they’ve done well. How are these teams different from some of the ones that are not as lasting?

Gibeau: When I started up the EA Games division with that collection of studios, the key insight for me was to move from a highly centralized studio organization to a decentralized organization. My belief is that you get the best games from small teams with strong cultures. The developer culture is critical in getting quality and to intellectual properties that sustain. In the case of each of those studios, they were given the opportunity to continue to invest in their culture, to expand and bring new talent in.

The trick is not to let them overexpand and get too big. They should only take on projects that they have the right amount of talent and technology and leadership to be able to execute at high quality. The worst thing to do is to grow them too fast. If you look at how DICE has grown over the last four or five years, they’ve incrementally added things each time and gotten bigger and bigger. They’ve gotten to a position now where being able to take on the Star Wars property alongside Battlefield … we believe that we have the right bench. We have the right people and the right technology to be able to do that without losing the magic that DICE has about its culture and the quality that it goes after.

It’s an iterative process. You do it cycle over cycle. If you look at the DICE culture, it’s the same buildings, the same name, the same core leadership team. They’ve been through multiple product cycles together. That’s the other key thing about getting to great games. Small teams, tight cultures that are able to build multiple games over multiple years, so that they get better and better and they learn where their gaps are.

Now, we do say no from time to time when a studio says, “I want to try a new genre. I want to try to add another project.” We go through a consulting process with them. Who’s the executive producer? Who’s the lead engineer? Who’s the creative director? If we feel like we don’t have good answers, then we pause and we wait until we get into a position where they can do that. 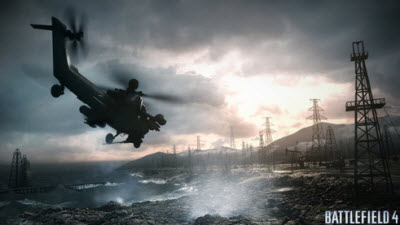 GamesBeat: I’ve been a Call of Duty fan for a long time. But Battlefield 4 is the first game I’ve seen from you guys that really scaled up everything — character, gameplay, graphics. I wonder how that’s happened. Can you contrast that to Medal of Honor, where it didn’t happen?

In each one of those cases, we took incremental steps forward. We understood what we did really well and doubled down on that. We figured out where we had gaps. Some of the level design things we learned in the single-player game on Battlefield 3 and how the story comes together, we embraced those changes and brought them forward in Battlefield 4. It’s that cohesive leadership team through all four of those versions. It’s a common technology that keeps getting better. You learn from the last project, and you bring it forward.

It’s also having an attitude about respecting the competition but taking them on. That competition with a company like Activision has been awesome. It drives us to try and achieve at a high level. When we started on Bad Company, we always thought we would try to catch these guys. We didn’t think we would do it in one version, but we knew we eventually would. That’s our pursuit, constantly.