Instead of an overwhelming amount of on-screen options, the Moto X’s camera interface is surprisingly minimalist and primarily controlled by swipe gestures, Android Police reports.

For example, swiping in from the left side of the screen brings up a control wheel that contains typical camera settings, while swiping in from the right side opens up your photo gallery. You can take a picture simply by tapping anywhere on the Moto X’s screen and zoom by swiping up and down. As we saw in a leaked promotional video, you can also open the camera at any point by flicking your wrist twice.

While the simple interface is a striking departure from other Android cameras — even Google’s own camera interface in Android 4.0 — it may end up being too simple for some users. Some designers aim for simplicity at all costs, but when it comes to accessibility for average users, an invisible interface could just be frustrating (even with some helpful training screens).

We’re a week away from the Moto X’s debut in New York City, but as with any highly anticipated gadget release, leaked details are flowing freely. Press renderings of the phone were revealed last week, and there have also been multiple reports pointing to its mid-range hardware (thanks to a slightly older dual-core processor and sub-720p resolution screen). 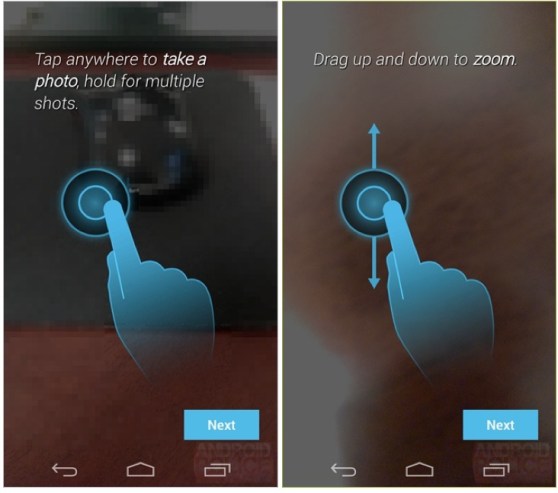