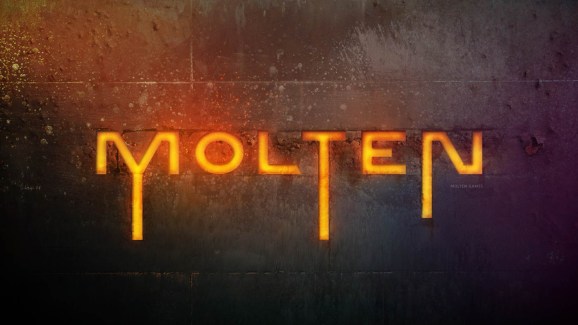 Gaming has a new developer that is looking to make a big entrance into the free-to-play market.

“We really liked how a lot of startups are coming up and offering opportunities for developers to join a company that enables them to control their intellectual property and have ownership over the company,” Molten vice president of creative development Blaine Smith told GamesBeat. “We wanted to do something a little different where we went out and sought an equity investment — where the initial investment isn’t just funding our [first game project] but it is also funding the company.”

Molten and NCSoft aren’t disclosing the size of the investment or how much equity NCSoft now holds in Molten.

The studio also isn’t revealing any details about its first game. All it will say is that the project isn’t a massively multiplayer online role-playing game like World of Warcraft or a multiplayer online-battle-arena title like League of Legends.

“Molten Games has assembled a wildly talented and experienced team, and we absolutely believe they will create and run an amazing new game experience,” NCSoft chief executive Taek Jin Kim said. “They’re setting the bar high for themselves, with a strong desire to shake up the online gaming space by creating something new and unique in our industry.”

“We’re all competitors here at the studio,” said Smith. “Whatever the game is, if it has a competitive element, it usually finds its way into our hands and we love to take a look at it. Competition and e-sports — all of that stuff — we’re gearing our game toward that [audience].”

If that sounds like Molten is taking notice of the success that games like League of Legends and Dota 2 are having, that’s because it is. After reiterating that Molten isn’t working on a MOBA, the developers confirmed that they took some inspiration from some of the world’s biggest free-to-play games.

Smith went on to explain that Molten wants to enter the free-to-play space with a triple-A product. He elaborated on what “triple-A” means to Molten.

“Triple-A is a high-quality bar. It’s a $60 game. It’s a complete experience,” he said. “I think very few free-to-play games hit the bar that we want to hit. Our game experience should feel complete. It should feel polished to players.”

Smith and Della Bitta promised to debut more details about Molten’s first title in the near future. For now, it just wants to make its presence known and that it is working with NCSoft on a free-to-play game that has a budget comparable to that of a major console release. Molten’s leadership is confident that it can convince gamers to invest their time and money just as they convinced NCSoft that it is working on something special.