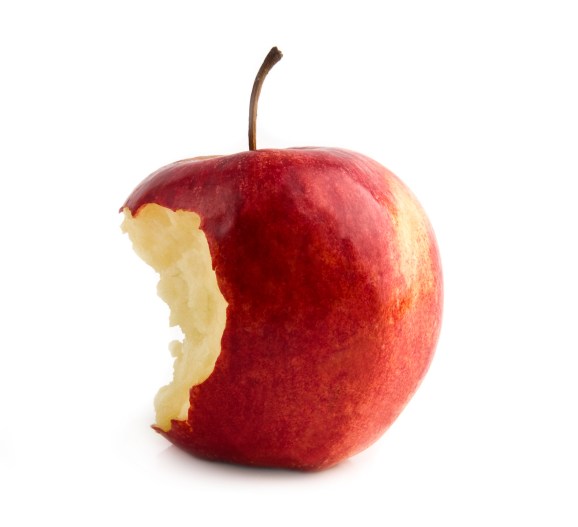 Apple has a huge opportunity to innovate in digital health.

The Silicon Valley technology giant has yet to confirm any new health and fitness gadgets — including its hotly anticipated “iWatch.” If you were hoping yesterday’s Apple earnings report would mention ‘wearables’, you were bound to be disappointed. The company made no announcements about an iWatch at all.

But consumer expectation is high, and many health-focused investors view Apple’s entrance into the space as a foregone conclusion.

“We’ve seen a lot of noise around wearables…my gut feeling is that Apple will legitimize the market and help us separate out the quality apps and devices,” said Ateet Adhikari, director at HealthBox, a digital health accelerator.

Missy Krasner, executive in residence at Morganthaler Ventures, told me she’s over “90 percent” sure that Apple will innovate in digital health in a big way — and soon. Her only hesitation is that Apple execs have shown interest in health in the past, but haven’t followed through.

Apple chief executive Tim Cook made some guarded comments about wearable technologies in May, but stopped short of indicating Apple’s actual plans. Still, this is “the first time Apple has made noise about digital health,” she said. And as a result, she said, “Silicon Valley investors are buzzing with excitement.”

In addition, the explosion of new clinical and fitness apps in the App Store — over 10,000 at present — may force Apple’s hand. The company has made it a point to regulate its App Store, and promote the highest-quality apps. Some clinical apps have not been moderated, which may even put consumers’ health at risk.

The wearables and device market is even more unruly. “No one has created standards around that; no one is digging deep on the privacy side,” Krasner explained, which poses another opportunity for Apple to step in, separate the legitimate players from the sketchy ones, and make a marketplace that works.

In the still-nascent digital health space, Apple could serve as a regulator of sorts — a platform, perhaps or a hub — just as it has done with smartphone apps, music, podcasts, and even online courses.

VentureBeat spoke with health entrepreneurs and investors to gauge whether Apple will enter the space, and if so, what we should expect.

If Apple plans to innovate in the space, it will need to hire domain experts and engineers. That seems to be exactly what it is doing.

This month, conjecture reached a fever pitch when tech blog 9to5Mac reported that the company stacked up a new digital health team with strategic hires. Citing unnamed sources, the publication reported that Apple hired both software and hardware engineers — and moved ahead with a “fitness-oriented, sensor-laden wearable computer.”

GigaOm added that these new hires were drawn from sensor companies like AccuVein, C8 MediSensors and Senseonics. Two specific names have been announced:

If true, this implies that Apple is finally beginning to get serious, and that more strategic acquisitions may also be on he horizon.

Krasner said Apple has been keeping a close eye on health care for some time — but now is the time for it to take advantage of some of the consumer-focused technology that has proven successful in niche markets and push it into the mainstream.

Most press reports are speculating that Apple will tackle wearable devices first.

Adding fuel to the fire, senior Apple executives have been photographed wearing fitness tracking devices in recent months. More revealing, they have been open to discussions about the wearable computing craze at tech conferences.

Cook has remained fairly tightlipped, but is frequently spotted wearing a Nike Fuel Band. He agreed to answer a few questions about the fitness and wearables trend at the D11 Conference. His point of view? Keep it simple. “The [wearables] that do more than one thing… aren’t great.”

This could be a chance for Apple to dominate in the nascent smartwatch market, while capitalizing on the “quantified self” trend. Consumers are experimenting with an array of devices to track key metrics, like heart rate, sleep patterns, and more.

It’s a massive market opportunity: An estimated 500,000 smartwatches were shipped this year, and one consulting firm speculates that this will explode to 5 million units by the end of 2014.

In addition, a number of smartwatches are already on the market, but are primarily geared to professional athletes or super-nerds. But consumer demand for these devices is high despite their niche appeal. For instance, crowdfunded smartwatch Pebble received nearly 85,000 preorders for its device on Kickstarter, and subsequently received $15 million from Charles River Ventures. Even Samsung is planning a smartwatch, which may have prompted Apple to seed the press with a few rumors of its own, just so it wouldn’t look like it was playing catch-up to its Korean rival.

Gadgets are just the beginning. Apple may also be looking into software components, like data analytics and visualization. After all, Apple’s strong-suit is user interface (UI), and making complex processes seem natural to consumers.

“The golden nugget isn’t to come up with the best device,” Krasner explained. “It’s to take the data out of the device and turn it into actionable activities people can do to improve their health.”

iWatch: device, platform, or both?

Above: An artist’s rendition of the iWatch

It may be a vast oversimplification to think of the iWatch as a fancy wristwatch that tracks heart rate, and other basic metrics.

We’ll know more in due course, as the public announcement of the iWatch appears to be imminent. Earlier this month, Apple lawyers filed trademarks for the brand name in Mexico, Taiwan and other countries. Various news sources are indicating that the iWatch will be a platform for health-focused developers.

To explore the merits of this theory, I spoke with sensors expert Tan Rao, who believes the iWatch will be a “hub.” Rao is the founder of wearables startup Sensing Strip.

Rao immediately pointed out that a gadget strapped to a wrist would not track more complex metrics, like the wearer’s blood oxygenation level, muscle level, posture, or heart rate.

Apple could get around this problem by collecting data from other sensors around the body. In the near future, we might sport numerous sensors on our hands and feet alone. The iWatch could tie all those together.

“I envision the iWatch as a sensor network,” said Rao. “The master sensor will likely be located on the wrist.”

Today, sensor companies are developing their own proprietary mechanisms to migrate the data from their gadgets to another platform, such as your phone, where it can be analyzed. But the data is only useful to consumers and health providers once it’s been stored, collected, and mined for insights.

“The most powerful thing for Apple to do is to be that central hub,” said Rao. “Trust me, a single sensor on the wrist is not the be all, end all.”

Rao also predicts that Apple will seek to control the whole experience, as it has frequently done in the past. Echoing Krasner’s views, he believes that Apple will develop a way to present this data in a nifty visualization, which can be viewed by a doctor using an iPhone or iPad device.

Where would Apple fit?

Former Apple CEO John Sculley is among the most vocal proponents of digital health, recently speaking at health conference HIMSS.

Echoing the beliefs of many investors in the Valley, Sculley said at the conference that the consumerization of healthcare “holds really big opportunities for breathtaking innovation.” He added that health care incumbents should watch out, especially those “who fail to adapt and prepare their companies for non-linear disruption.”

If Sculley is hinting at a disruption of iPhone or iPad proportions, the aforementioned “incumbents” should be nervous.

And Apple isn’t even the only computer products giant that is expected to make a huge splash in digital health. Microsoft, Motorola and Samsung are also experimenting with new devices, especially now that smaller players like Pebble have proven that there is strong, early demand for their wearable designs.

According to Dylan Boyd, who works at TechStars and manages Nike’s digital health accelerator, Nike+, the trend for consumers to track and and monitor their health is showing no signs of slowing down. Nike was early to this trend, but other giants are beginning to capitalize on it.

“Even a year ago, it felt early — but now we’re seeing that consumers are tracking, sharing, and are open to participating in their health,” he said. The task may fall on Apple to collect all this data, and present it in a simple, straightforward, and characteristically elegant way.

What do you expect or hope that Apple will bring to health care? Let us know your thoughts in the comment section below.