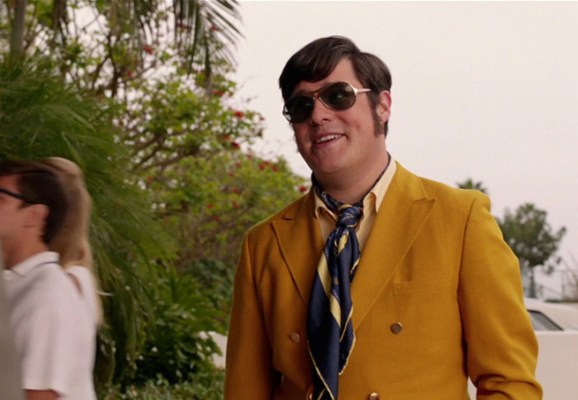 Good news for advertisers and services that rely on display advertising technology: Display advertising on the web grew by about 26.3 percent for the first quarter of 2013, according to a new global ad spend report from Nielsen.

While display advertising is up a substantial amount, television-based advertising still remains king when it comes to total ad spending around the globe. Nielsen estimates that television has a 59 percent total ad spend share and obtained slight 3.5 percent global growth in the first quarter.

Not surprisingly, print advertising continues to decline, and Q1 did not buck the trend. Magazine ad spending declined 2.8 percent, while newspaper ads were down 4.7 percent. Another legacy ad format, radio, actually only saw a slight .2 percent decline in spending for the quarter.

The trend confirms what folks have been watching for several years. A major shift is happening and advertisers are throwing more money online (look at Facebook’s just-reported massive revenues for Q2, for example) rather than on older formats.

“We see trends continuing in media, with less-steep ad spend increases in TV and very slight declines in print, making way for growth in the digital space,” Randall Beard, global head of advertiser solutions for Nielsen, said in a statement. “Although these changes in traditional media are slight, it’s worth noting how the placement of ad dollars is shifting over time. We’ll continue to monitor these shifts in media spending and the impact for marketers in the short and long term.”

Check out the chart below to see how ad spend changed in the first quarter for all types of ads: 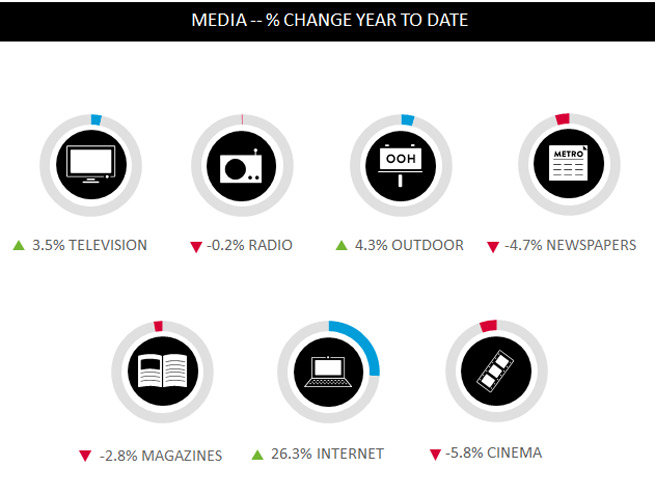