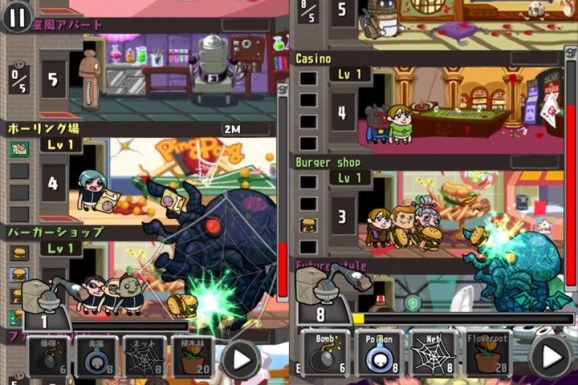 GungHo Online is looking to follow up its massive hit Puzzle & Dragons with another free-to-play mobile game for iOS and Android.

The game is Freak Tower, a building sim that combines management mechanics with tower-defense gameplay. The title features a cast of strange characters, a colorful setting, and enemy monsters out of classic films.

Players take on the role of the building’s landlord and must improve the real estate while occasionally fighting off waves of monsters. The tower’s tenants and floors are completely customizable. Players can pick clothing, weapons, and items to equip their freaks with.

GungHo’s last game, Puzzle & Dragons, is one of the most profitable titles ever realized on mobile platforms. In May, the game was making $3.75 million every day. It currently has 17 million users in Japan, according to industry analyst Serkan Toto. That’s more than 10 percent of the population.