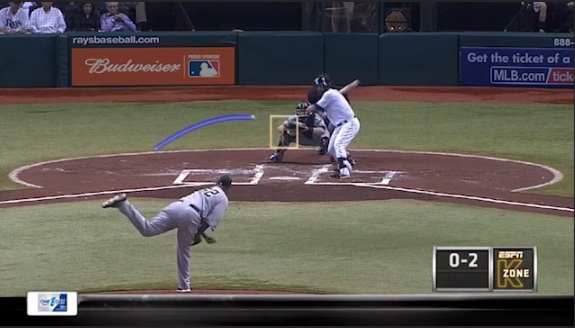 The people behind the yellow first-down line that has become a staple of football telecasts and barroom debates want to use their technology to enhance sports games.

Sportvision — best known for its TV tech that makes hockey pucks glow and NASCAR vehicles show their speed to spectators — employs sophisticated cameras and sensors to capture large amounts of data, digitally “recording” events. Mike Jakob, the president and chief operating officer for the company, sees potential for using all that information beyond the broadcasting space.

In an interview with GamesBeat, Jakob described Sportvision’s future ambitions. “We really started to develop a much keener awareness of the fact that we were collecting a lot of data,” he said. “But what we started to realize was that digital record of the event … was extremely valuable and could ultimately lead to much greater products and immersion for the fans.”

He continued, “In doing this, one of the things that we hit upon was, ‘Wow, wouldn’t it be great to take this data to a gaming platform?’”

Jakob described a potential NASCAR experience where players could compete in an accurate re-creation of a real race. “You can actually add yourself [to the starting grid of a NASCAR race]. You could be [another] driver,” he said. “You put yourself in the race. … Based on the data … that’s a linear experience where you’re racing live in the race as the race is happening — with a ghost car.”

The data firm is already working with developer Eutechnyx on its NASCAR the Game franchise. “[NASCAR the Game takes] data that we provide [Eutechnyx] — real data from the live events — creating those scenarios where you can … experience something that happened in a prior week’s race by downloading that content,” Jakob said. 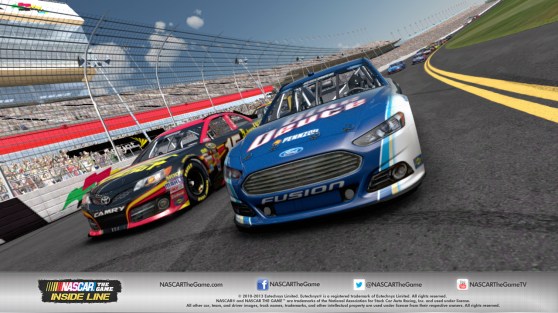 Above: Bumper-to-bumper racing from NASCAR the Game: Inside Line.

Another well-known Sportvision product is K-Zone, which tracks pitches in a baseball game. The technology translates the previously fuzzy boundaries of a strike zone, giving fans never-before-seen insights while adding to umpires’ nightmares. The same mechanics behind K-Zone can lead to new gaming endeavors for players.

“It could be a live experience where you’re having that data come through your console, and you’re trying to hit a pitch and see [if you can] have a better outcome on those pitches than the person who is up at bat,” Jakob explained. “It could be that you download … the top-10 nastiest pitches that were thrown in the Major Leagues last night.”

Jakob described how the concept could go outside of single-player pursuits. “In a massive multiplayer experience, you’re competing against all the other baseball fans across the country in a season-long competition to see who can have the best batting average … against those pitches.”

Ultimately, it’s all about the data. Sportvision’s offerings span the athletic landscape. It wants studios and publishers to take its information to elevate their titles and bring in a tangible, real-world component. “The concept here that we think is quite compelling is taking real data — so data from live events — and either experiencing that through a gaming platform live or giving you a taste of that experience by letting you interact with it in a nonlinear fashion,” Jakob said.

As he put it, “It’s really much more about sports data … and then using that data to generate the next generation of sports and entertainment.”