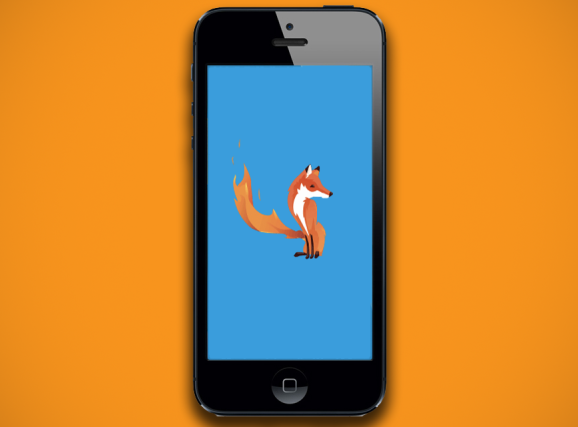 In startup spheres and app dev shops, the web developer is the red-headed stepchild. In a mobile-first technology ecosystem, a web dev can’t get no respect.

But for now, forget Java and Objective-C and all those ridiculous porting tools. Mozilla, longtime champion of web developers everywhere, wants to make the language of the web work on phones — and thus help the web dev move away from her current, lowly status and into the same technical caste as her iOS and Android developer brethren.

In a new blog post and video (below), Mozillan Chris Heilmann explains why Firefox OS, the web-based mobile operating system from Mozilla, is the platform (and tooling) web devs have been waiting for.

“HTML5 has been quite the buzzword for a while now and a lot of aggressive marketing of course led to quite some backlash by native app supporters towards HTML5,” said Heilmann in an email exchange with VentureBeat.

“A lot of myths have been told in either camp. This video series is part of the ongoing communication by Mozilla to be a source of HTML5 information without the hype. … Opportunities such as giving full access to the hardware, being an open system without forced marketplace lock-in, and treating web technologies as a first class citizen rather than a ‘view’ quantifier.

“We’re past hyping or demonising HTML5, it is time we get really productive with it.”

And for developers, being productive is directly related to tools, workflows, debugging, and all the software built to facilitate software-building. One of the biggest reasons web apps haven’t taken off on phones is developer support. There haven’t been enough good tools to monitor and improve performance and memory usage.

Microsoft just came out with a boatload of reporting tools for IE11, but that’s just one step in the right direction.

Mozilla is taking another such step. Firefox’s developer tools now include a responsive design simulator for various screen resolutions as well as a Firefox OS emulator just for the new brand of phones running Firefox OS.

To drill down more than that, you’ll need to get a Firefox OS device of your own (you can pre-order the higher-end Peak+ now for September delivery).

“There are efforts to create HTML5 tools out there, and Mozilla is keeping a close eye on these efforts to see where and if partnering makes sense,” Heilmann writes.

“The tooling space of HTML5 applications is one of the most discussed markets on the Web right now. We are confident that in the nearer future a lot of new, amazing tools will become available to make HTML5 app development easy and give developers the insights they need when they develop. For now, using the browsers’ developer tools and the Firefox OS Simulator will get you 90 percent of the way.”

Heilmann continued to say that Firefox OS fills a gap for an important demographic: feature phone users living in underdeveloped areas or geographies where iOS and Android don’t have a stranglehold.

“A lot of developers have not quite understood that yet and seized the opportunity to be the first in a new wave of web enabled devices and markets,” he said.

“That’s why we started this series: to educate people about what makes Firefox OS different and where it can lead. Ultimately we’d love every platform to be affordable worldwide. Right now, the mobile web is only for the rich in the Western world. That is what we want to change.”