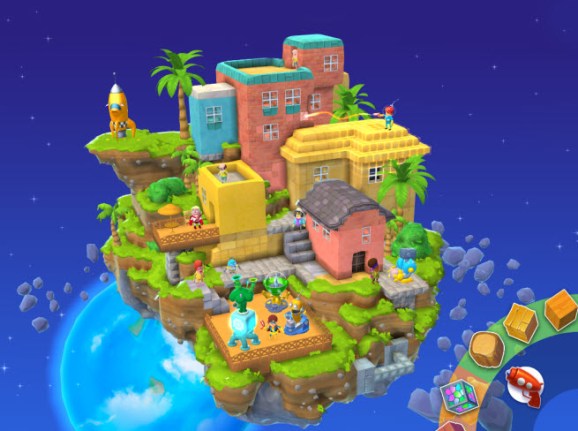 Finland’s Grand Cru has raised more than $11 million in a new round of funding for its mobile game studio. The company is also nearing the debut of its first mobile game, Supernauts, which has been in development for more than 15 months.

Grand Cru was formed in 2011 on the hopes of being the next major hit maker in Helsinki, which is home to mobile game juggernauts Rovio (maker of Angry Birds) and Supercell (creator of Clash of Clans).

The investors include Idinvest Partners, Qualcomm Ventures, and Nokia Growth Partners. To date, the company has raised more than $16 million.

“We are impressed with Grand Cru’s team of mobile gaming veterans. They have created a great title and combined it with unique in-house developed technology,” said Walter Masalin of Nokia Growth Partners in a statement. “Growth in mobile gaming is accelerating and we are excited to be part of it.”

The company is starting to show off Supernauts, a 3D creative social game in which players build and share their own, unique worlds. The characters travel to a flooded Earth to rescue humans. The game was inspired by Minecraft and other casual sandbox games. In the game, each player gets a customizable, semi-private space where they can create and craft blocks and materials such as clay, bricks, concrete, wood, and tile. They can then use those materials to build structures. It has more than 50 levels in a variety of cities on Earth. Each level has 3D physics puzzles where the player has to rescue Earthlings by getting them to safety by building bridges, clearing paths, and removing obstacles.

“At Grand Cru, our name derives from our ultimate goal of delivering outstanding products that raise the bar on quality, and our commitment has been recognized and bolstered by these strategic investments from partners such as Idinvest, Qualcomm Ventures and Nokia Growth Partners.,” said Markus Pasula, the cofounder and CEO of Grand Cru. “Our soon-to-be-released first title, Supernauts, is a mass-market world-building game for iOS that is truly social, allowing players to solve puzzles and create shareable worlds, brick-by-brick.”

Pasula and five other Finnish game veterans formed the company to make games with the potential for broad appeal. Grand Cru has more than 20 employees. The company is headquartered in the bohemian district of Helsinki called Kallio, which has the most bars per capita in Finland.