Nvidia’s Shield gaming device debuts today as the geek’s ultimate gadget. At $299, it’s a steep price, considering you can get a home game console for that much. But this portable gaming device can do a lot, and it goes a long way toward bringing better quality and wider variety games to both handhelds and living room TVs.

Ever since Shield was announced in January, the question at hand has been whether Nvidia is really serious about making Shield into a successful alternative to both traditional gaming handhelds and consoles. For sure, this is a way to get Nvidia’s Tegra mobile processor chips back into gaming, after it was shut out of the game consoles and mobile game players. That’s a ploy that rings of desperation. But Shield is also part of a crafty plan to bring Android into a powerful game handheld, take Steam games into living room TVs, and find a way to extend Nvidia’s cloud gaming technology.

Editor’s note: Our upcoming CloudBeat conference, Sept. 9-10 in San Francisco, will be tackling revolutionary cases of enterprise cloud usage, including how the games industry is leading the way. Register today!

Shield has the backing and credibility of a multibillion company, as Nvidia is the world’s largest maker of stand-alone graphics chips. But when it comes to console alternatives, Shield has a lot of rivals: Ouya, GameStick, Moga, Wikipad, Razer Edge, Green Throttle, GamePop, and others. All of them are aimed at dragging the game industry kicking and screaming into a more open and flexible cross-platform world. The case for Shield is that it offers a high-end gaming experience and full entertainment on the go. At the same time, it gives you a way to widen your gaming options on your television.

At its core, the Shield is a good controller that feels solid in your hands. It comes with a screen that folds over the top of the controller, and you can plug a variety of things into it. 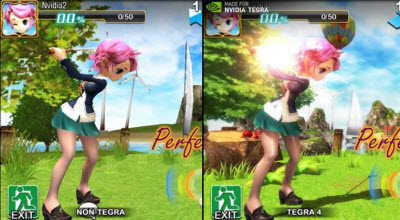 Shield plays Android games from the Google Play store, but it also plays TegraZone games that have been optimized to run on Nvidia’s Tegra 4 mobile processor, which just came out and runs at a fast 1.9 gigahertz. You can also use Shield to watch movies, listen to music, read e-books, read your email, and surf the web. Tegra 4 games can take advantage of features including real-time lighting effects, depth of field, soft shadows, high res textures, real-time smoke and particle simulation, and higher polygon counts. Basically, they look good.

One of the coolest features (still in beta testing at launch) is the ability to stream your Steam PC games to Shield, which can then display them via a HDMI cable on your TV. This feature requires you to have a GeForce GTX 650 or higher (Kepler class) graphics processing unit (GPU) in your PC. The PC streams the game to Shield using game-speed WiFi. Shield has full support for 802.11 a/b/g/n Wi-Fi. After the beta test is over, Nvidia says it will launch a software update that includes broader game support, more Wi-Fi compatibility, and other enhancements. Steam Big Picture shows a list of Shield-optimized games that can be played this way. A warning, though: there are 13 steps in the instructions on how to make this work with Shield and your Wi-Fi network.

Besides using a cable, you can also stream the images on your Shield’s screen to your TV using the wireless direct connectivity technology known as Miracast. If Miracast is built into your TV, then you can stream your game wirelessly and play on the TV as if you were using Shield as a controller for a console game.

Picking up and playing

The first thing you notice is that the device is heavy (579 grams) and fits in your palms nicely. When you flip up the screen, you’ll see the gorgeous 5-inch multitouch screen. It can display images at 1280 x 720 pixels. It has 2 gigabytes of main memory (LPDDR3).

I really loved the sound of Shield’s high-fidelity speakers. It has a good bass sound and a high dynamic range for clear and pounding audio. It also has a 3.5 millimeter stereo headphone/mic jack, and it supports 8-channel PCM audio over an HDMI cable. That came through especially good with a title with lots of explosions like Expendable: Rearmed. 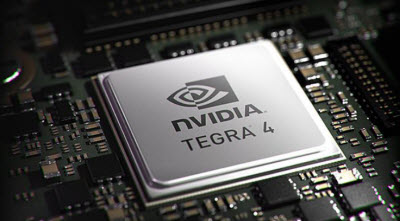 That game really shows off the outstanding 3D graphics that the 72-core Tegra 4 can deliver. The Tegra 4 has a lot more horsepower and better battery life than you’ll find in the Tegra 3 in the Ouya Android game console. In the sci-fi game, you control a character with the left thumb stick and shoot with the right thumb stick. It is very addictive, and it has sound that draws you into the experience. When I played Expendable: Rearmed on the Shield, I really felt like it lived up to the claim that it puts a “complete multimedia theater in your hands.” You can really lose yourself in the Shield.

My kids, however, really went crazy over the Shield’s ability to control an AR Drone. It took us just a few minutes to assemble the drone and set it on the grass. We downloaded the free AR Drone control app and fired it up. The system immediately detected the AR Drone. I tapped the screen and it lifted off. We took turns flying it around. The camera on the drone streams video directly back to the Shield’s screen, so you can see what the drone sees. You can do this with an iPad or iPhone too, but it was easier to control with the thumbsticks of the Shield.

Since this is the ultimate nerd machine, we had better include some of the nerd details. It has support for Bluetooth 3.0 and GPS.  It has 16 gigabytes of built-in flash memory and a slot to expand it with another 64 gigabytes. You can’t use the memory card to add new apps or games to your Shield, but Nvidia says that it will add that functionality in a later update.

It has a three-axis gyro and a 3-axis accelerometer for motion sensing. The dual analog joysticks are shorter than a normal game controller and they’re sunk lower in the unit so that you’ll be able to close the lid. The Bluetooth connection allows you to play multiplayer games such as Virtua Tennis with other Shield users. 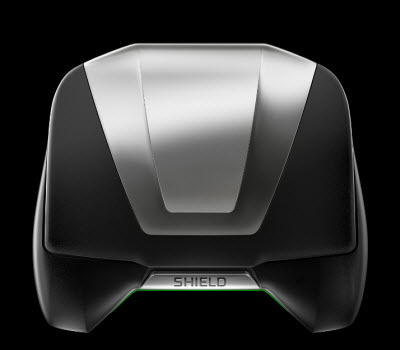 Pre-loaded software includes Google Play, Google apps such as Gmail and YouTube, Hulu+, Twitch.tv, and TegraZone. The latter gives you access to Android and PC games. It also comes with Sonic 4 Episode II HD and Expendable: Rearmed. The latter was a great choice to include because it’s a wonderfully loud and gorgeous looking 3D top-down shooter game.

When you’re hunting for games, you can get into the TegraZone store with a single touch. You can also drill down into the Shield Store, PC Games, and games that are already installed on the system. Once you download some games, you can find them in the Shield Games section of the user interface. To play a game, you just tap on an icon. It’s all based on familiar Android user interface design.

Not every Android game is going to look great or work well on the Shield. But Nvidia lists more than 130 games that are optimized to work with a controller. If you’re in doubt, check it on the TegraZone web site. Nvidia is promoting games including Arma Tactics, Burn Zombie Burn!, Dead Trigger 2, Hamilton’s Great Adventure, Grand Theft Auto: Vice City, Real Boxing, Riptide GP 2 HD, Tainted Keep, The Conduit HD, and Zombie Driver HD.

The Shield is shipping in the U.S. and Canada.

Nvidia has been fairly low key about the launch of the Shield. You haven’t seen it advertised all over the world, and it isn’t yet gearing up for a big worldwide launch beyond its first two territories. That has all of the markings of a cautious game system launch. In an age where being loud matters, Nvidia is launching the Shield in a very quiet way.

Because of that, I was worried about it. But everything I’ve seen of the Shield and its games so far tells me this is a great device for geeks. If those geeks get the word, then Nvidia could have a hit on its hands.

Disclosure: Nvidia provided me with a Shield and AR Drone for review purposes.