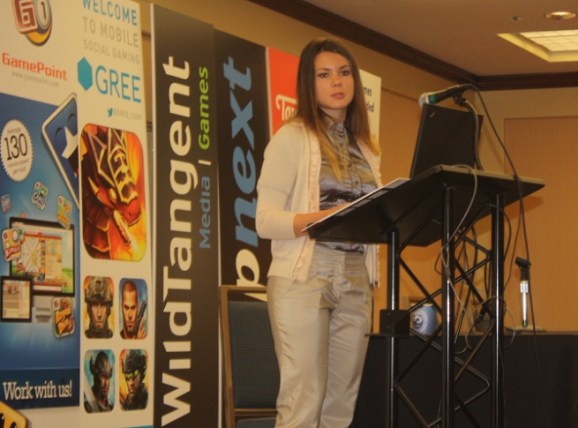 Alina Soltys, a senior analyst at the Seattle-based Corum Group, said that the top Asian tech firms collectively have about $30 billion in cash, and about half of those firms have made game-related acquisitions in the past year. Tencent is prominent in this space, but it hasn’t been making acquisitions outright. Rather, it has taken investment stakes in companies such as Activision Blizzard, Riot Games, and Epic Games.

“They have a huge amount of money, and they are using it,” Soltys said in a presentation at the Casual Connect game conference in San Francisco.

The strategic investors are keeping the game sector hot, even though the once-darling of the digital gaming age, Zynga, has seen its valuation drop precipitously since its initial public offering in 2011 and gone through a series of setbacks. That has hurt the valuation of game companies, resulting in fewer investments by venture capitalists. But it has created a buyer’s market and acquisitions are still brisk.

Among the tech giants, the companies that made game-related acquisitions this year included Yahoo, Facebook, Intel, and Google. Based on data collected by Digi-Capital, Soltys concluded that there is an investment gap, as venture capitalists have become more shy about investing in games at the same time that the value of acquisitions have been rising.

She said free-to-play is hot as a sector, but it needs to be accompanied by a maturing of payment systems into a global business. Real-money gambling and social casino games continue to be a hot sector, and middleware will likely stay hot as well.

In the past year, the most active acquirers among game companies have been Zynga, Kabam, Gree, Wargaming, and Linden Lab. In the social casino game sector, activity has picked up with acquirers including IGT, WMS, Zattika, and Aristocrat. Zynga has scaled back since it has been cutting back on money-losing games.

Mobile gaming continues to dominate the acquisition numbers, Soltys said, with deals such as Hasbro’s purchase of a majority stake in Backflip Studios, the maker of mobile games like Dragonvale, for $112 million. Social game investments and acquisitions have, by comparison, dropped considerably. Investment and acquisitions are also weaker in the massively multiplayer online and gamification spaces.

But interest is rising in new platforms such as wearable computers (such as Google Glass) and location-based mobile gaming. Middleware deals are still happening, such as when Wargaming bought its middleware virtual world provider Big World for $45 million a year ago.

U.S. target companies accounted for 48 percent of the merger and acquisition deals in the first half of 2013, Soltys said.

Virtual goods has become a $14 billion worldwide market, but payment systems have not kept up to deal with that, Soltys said. Kabam and Supercell have raised big rounds this year, mostly on the strength of their mobile game businesses.